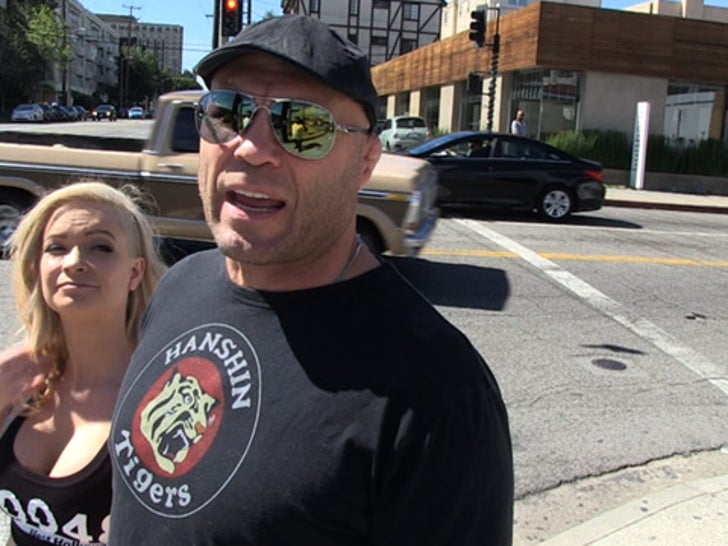 Laila Ali has ANOTHER big weapon in her corner if she REALLY wants to fight Ronda Rousey -- UFC legend Randy Couture ... who tells TMZ Sports she needs to focus on ground and pound to beat RR.

The UFC Hall of Famer -- who got some MMA coaching experience under his belt on "The Ultimate Fighter" -- says Laila already knows how to box (she's undefeated) but would need a crash course in wrestling ... and he's the perfect guy to help.

As we previously reported, Laila and Ronda exchanged some smack talk about a possible bout -- but so far, they have yet to schedule a real fight.

Clearly, Couture thinks Ali could hang with Ronda -- but does she have what it takes to beat the 14-second destroyer in a real MMA fight? Check out the clip ...