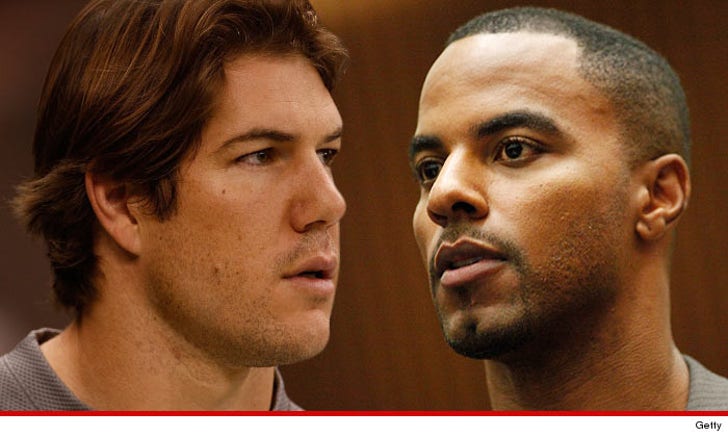 One of Darren Sharper's former New Orleans Saints teammates is FURIOUS over his 9 year prison sentence -- claiming Sharper is "beyond repulsive" and says the punishment is "way too short."

We spoke with ex-NFL linebacker Scott Fujita -- who won a Super Bowl with Sharper in N.O. in 2009 -- and he couldn't believe prosecutors in Nevada and Arizona will only require Darren to serve 9 years for drugging and raping multiple women.

"He was a great teammate, a great player," Fujita says ... "But all that aside, it's disgusting and beyond repulsive."