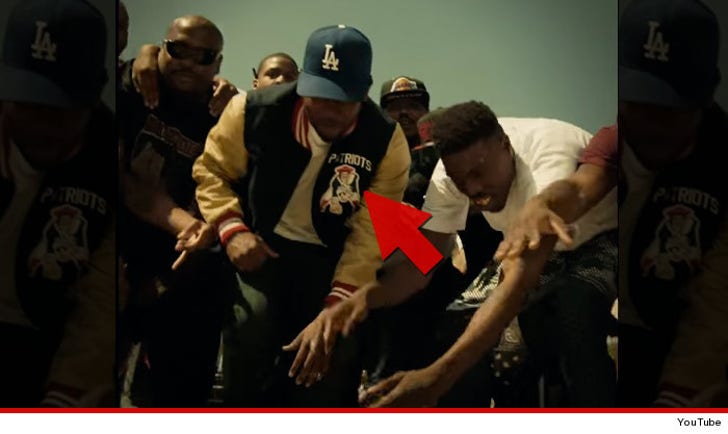 If the whole millionaire rapper thing gets old for Kendrick Lamar ... Patriots star Chandler Jones tells TMZ Sports he has a job offer for the Compton MC ... as the team's official world ambassador.

Kendrick got the whole 'net talking about the Pats (again) by rockin' a throwback New England jacket in the his latest video "King Kunta" -- which has 2 million views on Youtube.

Chandler says he's been paying attention to the internet hubbub and wants Kendrick to be a global ambassador for the Patriots ... spreading the love of Tom Brady to the whole world.

"It would be really cool. I'm a huge fan of his and a lot of people on my team are too."

It's not a crazy idea ... other pro sports teams like the Raptors and Wizards have enlisted huge hip hop stars like Drake and Wale to be their ambassadors ... and Jones thinks he can convince owner Robert Kraft to go for the idea.

"I've seen [Kraft] in a lot of photos with iconic rappers like Rick Ross and artists like Usher. I would say he’s a very hip hop owner ... so I‘m just saying he wouldn’t mind some Kendrick."