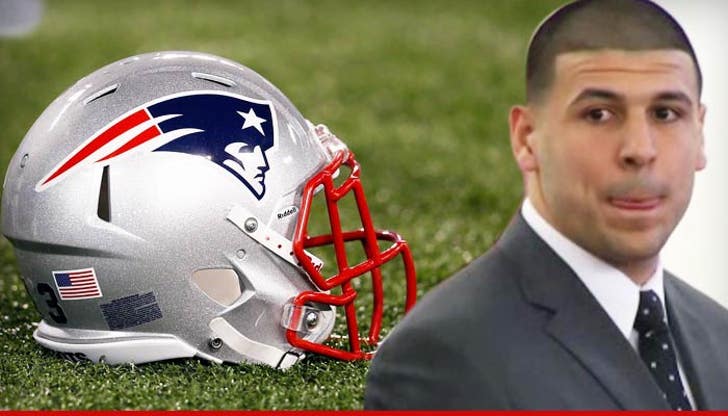 The New England Patriots are continuing to distance themselves from ANYTHING connected to Aaron Hernandez -- which is why team officials tell us they will NOT be issuing a statement on Wednesday's murder conviction.

It's an interesting P.R. move for the team -- considering owner Bob Kraft was called as a witness during the murder trial. Kraft testified that Hernandez told him he didn't kill Odin Lloyd.

The team could have strongly condemned Hernandez -- and reiterated they knew nothing about what he was doing in his personal life during his time with the team.

But instead, it seems they're using the "Voldemort" strategy -- preferring not to speak his name at all.