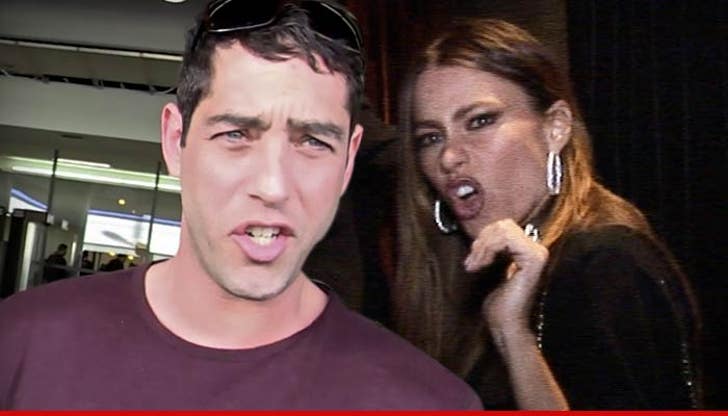 Sofia Vergara's ex-fiance is suing her to prevent the actress from destroying the fertilized eggs they created when they were a couple because he still wants to have her baby.

It's a bizarre lawsuit. Nick Loeb claims he and Sofia made a contract back in November 2013 where they agreed to attempt to have children by means of in vitro fertilization. Her eggs were fertilized by his sperm and then frozen and kept at a Beverly Hills facility.

Here's what's weird. Nick claims in the lawsuit, she physically abused him on 4 separate occasions, punching him in the face twice, kicked him and threw her phone at his head. And he claims she repeatedly berated him. If that's the case, it seems a little strange he wants a kid with her DNA.

In the documents, first reported by In Touch, Nick makes it clear he wants a child.

Clearly Sofia has moved on. She's engaged to Joe Manganiello and is certainly done with Nick.