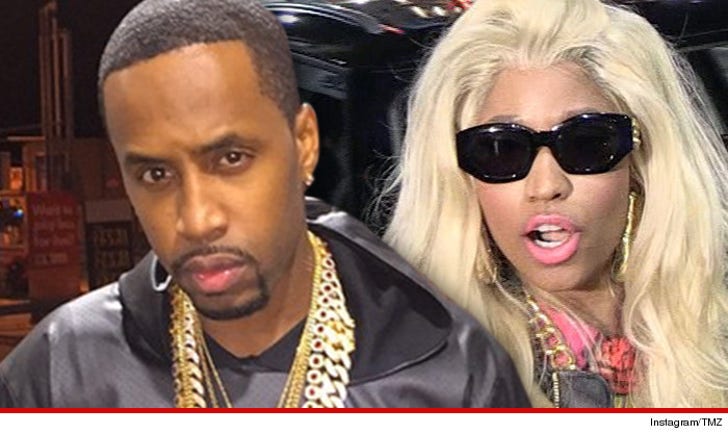 Someone posing as Safaree Samuels is tweeting out extremely NSFW pics of his ex, Nicki Minaj ... but the rapper is adamant ... he's got nothing to do with it.

A rep for Safaree tells TMZ ... he'd never do anything like this, and he's doing everything he can to shut down the tweeter behind it. The photos -- some in highly sexual situations -- started going out on Wednesday ... from a Twitter handle extremely similar to Safaree's. 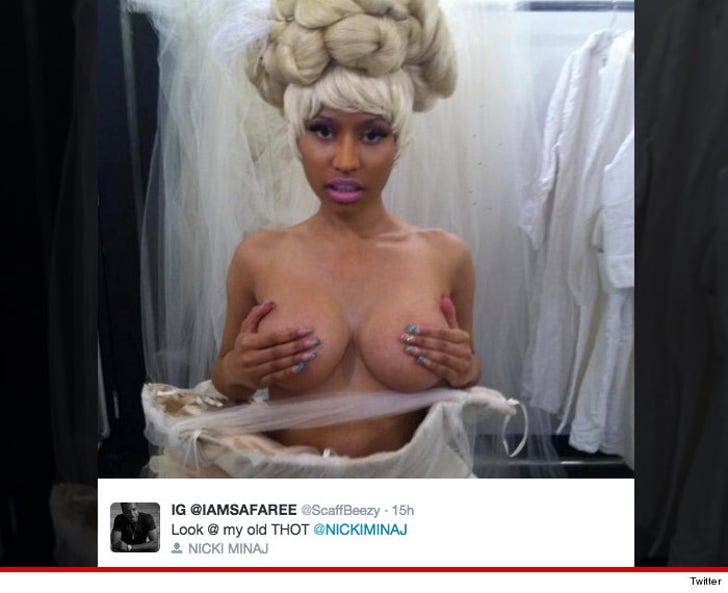 Just so fans know ... the real @IAMSAFAREE has around 143k followers -- while the faker posting the pics has just over 3400.

As for whether the pics -- especially the graphic ones -- are legit? Safaree's rep says he doesn't know. We're told Safaree's moved on after the difficult break up with Nicki, and now just says ... it is what it is.

We reached out to Nicki's rep, but no word back. 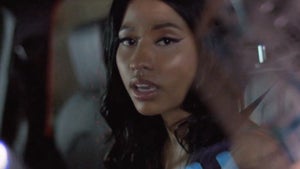 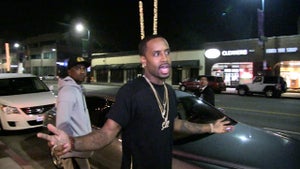 Nicki Minaj's Ex-Boyfriend -- Break-ups Are Hard When Your Ex Is Everywhere!