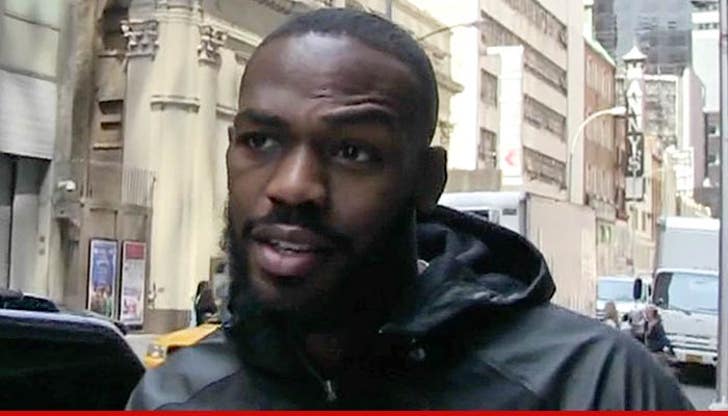 3:30 PM PT -- New Mexico cops have filed a felony warrant for Jones' arrest for leaving the scene of the accident.

Officials in New Mexico say they are "currently working on an arrest warrant" for UFC superstar Jon Jones ... stemming from a hit and run crash Sunday morning.

We're told the victim -- a 20-year-old pregnant woman -- suffered a broken arm in the wreck ... and due to her injury, officials are "elevating" the potential charge against Jones to "felony leaving the scene of an accident."

As we previously reported, witnesses say they saw Jones run from the scene of the crime and jump a fence. Cops say they later found weed and a marijuana pipe in his car.

So far, no one has heard a peep from Jones -- including police.