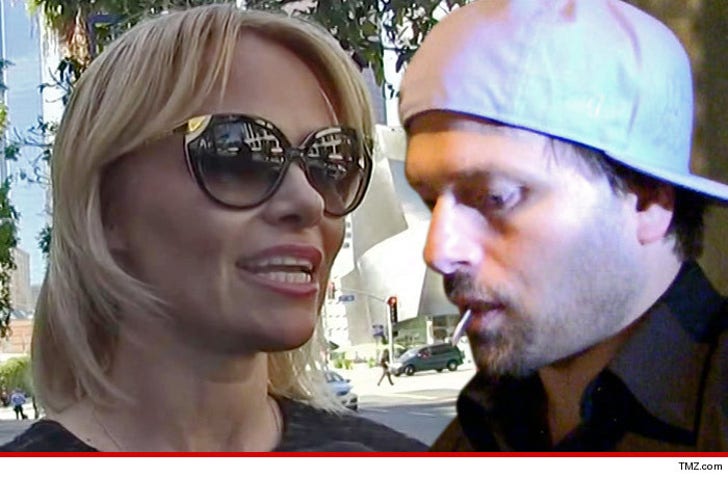 Pam Anderson is a million dollars richer today, and Rick Salomon is a lot happier ... because we've learned they got divorced.

Pam and Rick were in a nuclear battle -- he filed for an annulment, and she filed for divorce. TMZ broke the story, Pam allegedly held Rick's dog Bumblebee hostage for a week, and then launched into a tirade that he was bad at sex ... which didn't jive with various text messages she sent him.

But now we've learned Rick paid Pam just north of $1 million in return for the divorce. But Rick got something as well. Pam was challenging his Nevada residency, claiming he was a California resident who was trying to dodge taxes on a $40 million poker win. Nevada doesn't have state taxes.

Now that they're divorced, Pam isn't contesting Rick's residency, so she's off his back.

And Bumblebee is back with him, so happy endings.

8:55 AM PST -- TMZ has received a joint statement from Pam and Rick ... “Public divorces can be harsh and cruel - we apologize to our families and friends for any hurt and embarrassment we have caused-we have come to an amicable agreement and are moving on. There are private and personal family sensitivities to consider and we retract any hurtful comments made in haste and distaste. We wish each other and our families well.” 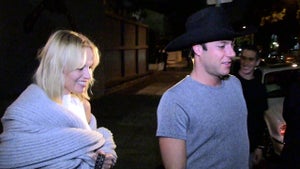 Pam Anderson -- Rick Who? I Almost Dating This Guy (VIDEO) 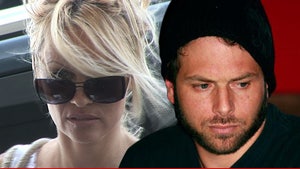