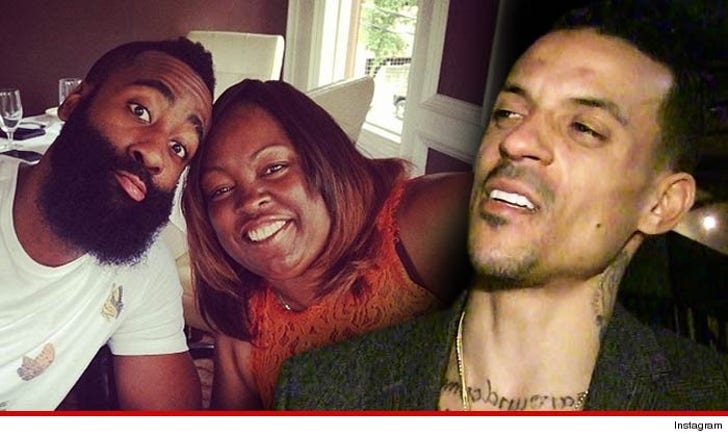 Monja Willis wouldn't tell us exactly what Barnes said to her at the Toyota Center in Houston during Game 2 of the Western Conference Semi-Finals ... saying, "We'll leave that on the court."

What we do know ... Matt's comment really pissed off one of Monja's other sons -- who was sitting next to her during the game and heard it ... and confronted Barnes after the final buzzer.

Willis tells us ... "My older son walked over to him and told him to apologize ... and he did."

Monja says, "What he told me was that he would never want to disrespect anyone's mother because his mother passed from cancer ... and that he was sorry."

"I accept his apology."