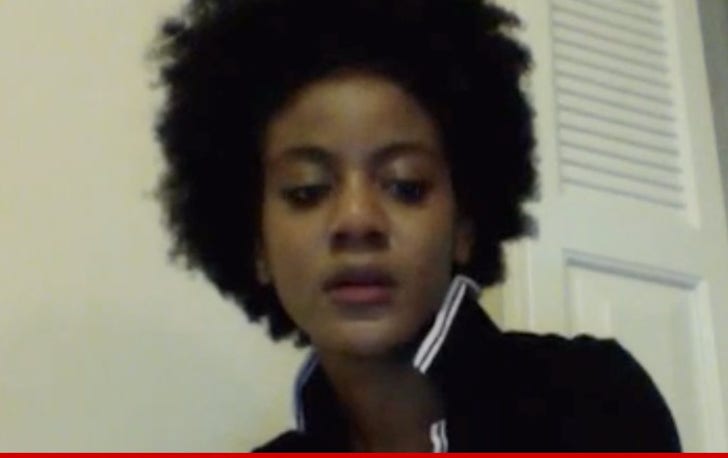 4:10 PM PT -- Ayeb plead not guilty and the judge put a protective order in place ... for 3 YEARS. She remains in custody as of Friday afternoon.

Chris Brown's naked intruder is getting nailed with 3 felonies in court ... but, interestingly ... she is NOT being held on a 5150.

Amira Ayeb is appearing before a judge for the first time since getting arrested in Brown's home on Wednesday night. She will be charged with stalking, vandalism and burglary.

Ayeb allegedly spray painted "MRS. BROWN" all over Chris' expensive rides -- and also, "I LOVE YOU" on his kitchen counter. They say she broke into the house on Saturday, May 2 -- so, she allegedly made herself very at home.

TMZ broke the story -- Ayeb is an aspiring singer from Tunisia, and refers to herself as Mrs. Brown in several online postings.

You'd think a psychiatric hold might be in order -- considering the nature of the alleged crime -- but police did NOT place her on a 5150 ... and so far the defense hasn't raised her mental health as an issue.