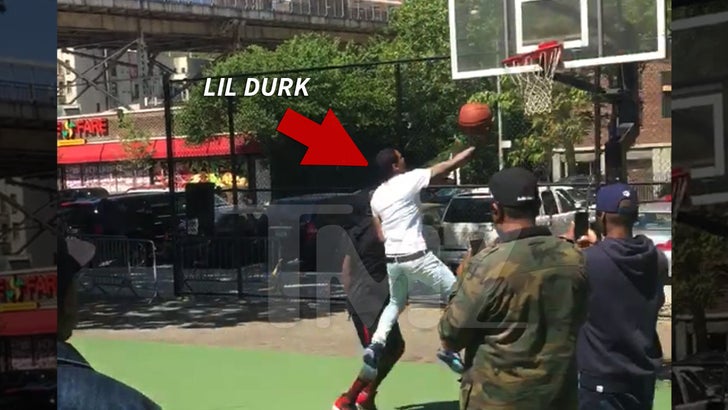 Rapper Lil Durk didn't let his wardrobe stop him from flexin' his hoop skills at the legendary Rucker Park in NYC this week ... ballin' in skinny jeans ... and TMZ Sports has the footage.

Durk had been running around NYC promoting his new album when he decided to chill out for a few minutes -- and basketball was the perfect way to unwind.

So, he squared off with his manager for a little 1-on-1 ... and we're told he impressed some of the locals. For the record, Durk has previously claimed he's the best hooper in the rap game.

By the way, this wasn't a one time deal at Rucker -- we're told Durk is planning to enter a team into one of the leagues this summer. 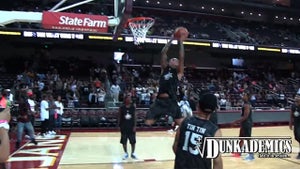 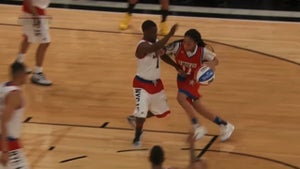 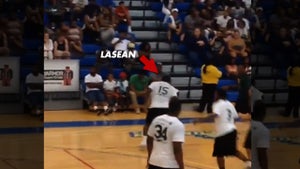