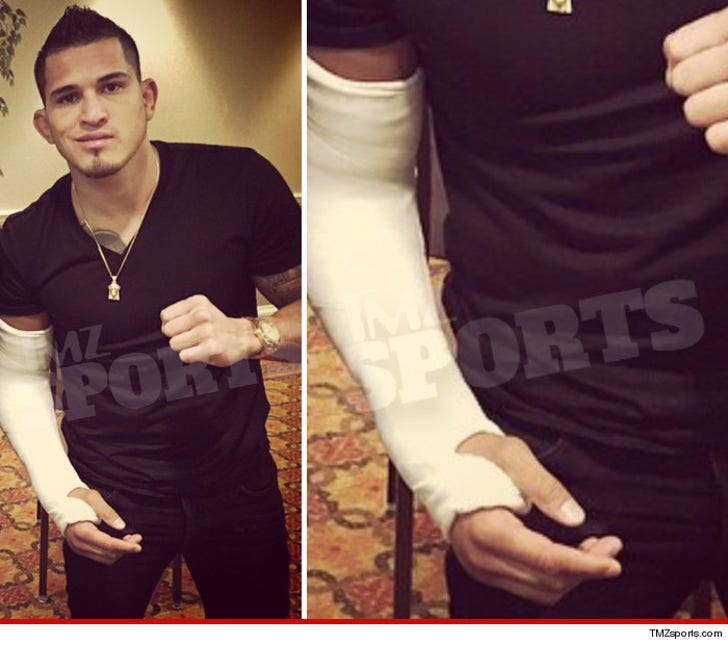 He just had surgery to repair his busted elbow last week, but UFC badass Anthony Pettis refused to let some stupid cast stop him from doing what he loves ... FIGHTING WRINKLES!!

Turns out, Pettis is a partner in a skin care company called Seacret -- which sells products infused with Dead Sea minerals that "help reduce fine lines and other imperfections on your face."

And Anthony is so passionate about the stuff, he hit up a seminar in Phoenix, AZ to promote the line ... just one week after reportedly having surgery to fix a torn muscle and ligaments in his right elbow.

One person who was at the seminar tells us ... Pettis told the group he vows to come back stronger than ever and battle his way back to the top of the fight game.

At the very least ... his skin will probably look good. 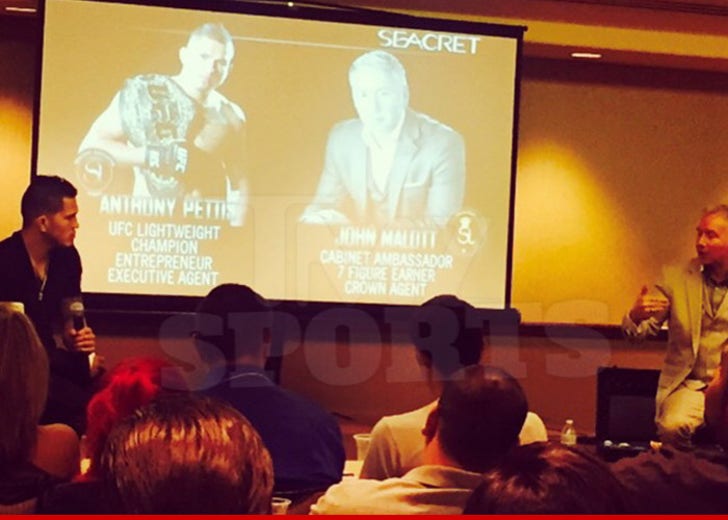 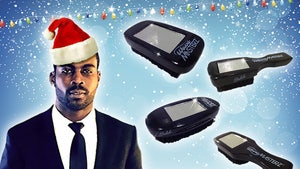