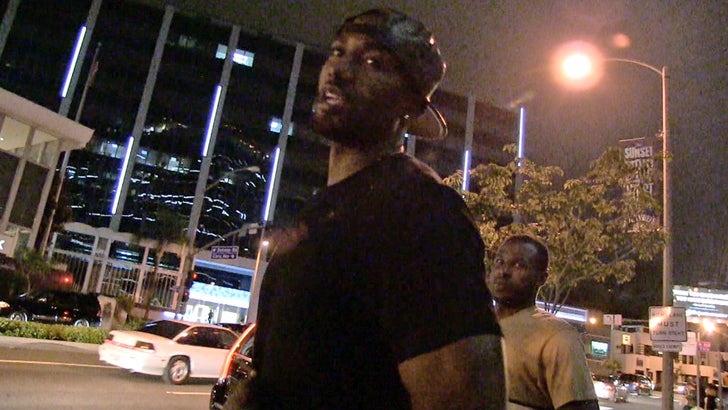 In case you missed it ... Barnes went on ESPN's "SportsNation" earlier this week and blasted Ibaka, calling him a "fake tough guy" and saying he's desperate to fight OKC's big man.

Ibaka fired back on Twitter ... asking UFC honcho Dana White if he'd be interested in (awesomely) putting the NBA stars in the Octagon. But last night in Hollywood, Serge seemed to dismiss Barnes as more of a clown and less of a fighter. Nonetheless, he says he'll still kick Barnes' ass ... after he's taken care of one important piece of biz.

Check it out ... we think Kevin Durant and Russell Westbrook will have to step in for this fight to happen. 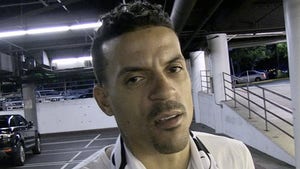 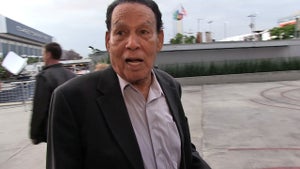