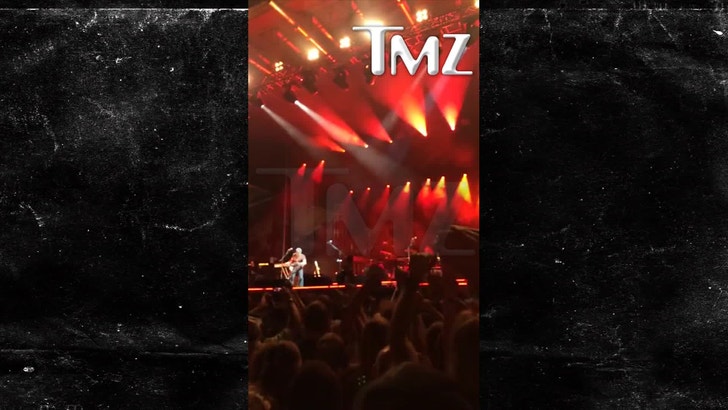 Don't let the horns and banjo fool you ... Mumford & Sons can rock hard, so hard in fact ... the band sent a guitar stand flying into the crowd and smashed a fan in the head.

A woman suffered the heinous blow during the band's recent show in Walla Walla, Washington, during the encore. The band was jamming pretty hard (as hard as they can) to "Ditmas" when ... for some reason ... Marcus Mumford chucked the metal rod about 10-15 rows deep

According to witnesses, she was clearly hurt and the crowd tried to get the band to stop playing so she could get medical attention. But M&S kept going, and so did she ... sticking it out for the rest of the show.

It's unclear how badly she was injured. Reps for the band haven't gotten back to us yet.

Ironically ... the tour's called Gentlemen of the Road. 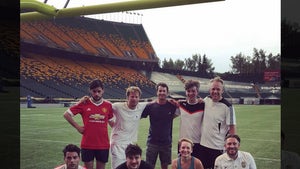 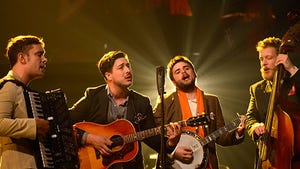 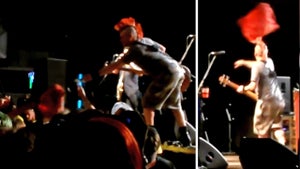 NOFX -- No Hippies, No Exceptions