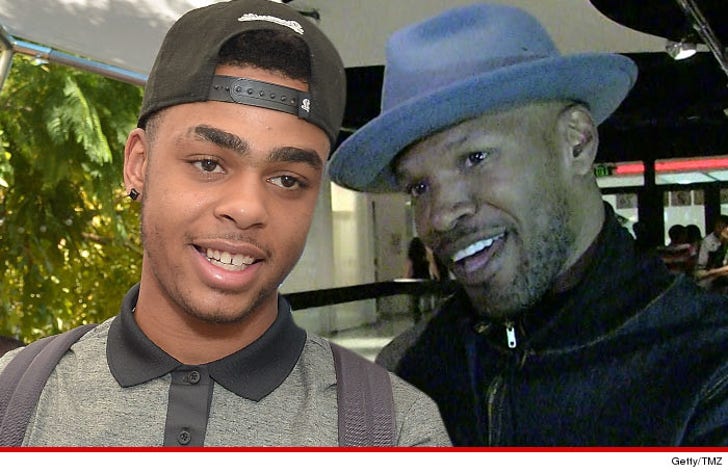 Seems D'Angelo Russell is already used to the Hollywood lifestyle ... 'cause not only is he rocking a swagged out $5k custom bag ... but A-list mega star Jamie Foxx helped him get it.

The Lakers rookie turned heads when he showed up to his debut regular season game rocking a seriously blinged out Louis Stewart custom backpack.

We spoke to the guys over at Louis Stewart ... and they tell us D'Angelo dropped $5k cash for the lambskin bag ... which is draped in Swarovski crystals and features the LS signature red suede interior.

Only thing more dope than the bag? How D'Angelo got it ... our LS guys tell us Russell was in Vegas for the Mayweather/Pacquiao fight when he noticed Jamie Foxx had one that was similar.

He asked Jamie what the bag was, which prompted the Academy Award winner to call LS and put them in touch with Russell. Money was exchanged ... and the rest is style history.

Good work, Jamie ... Kobe will take it from here. 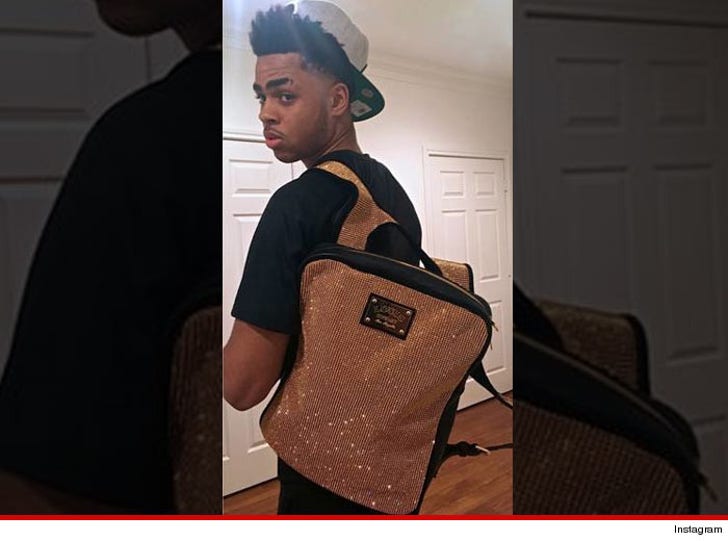 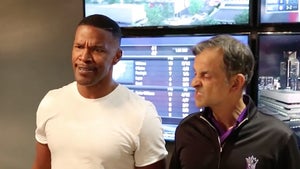 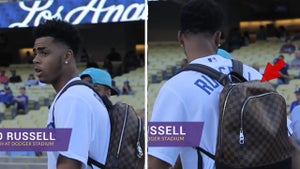 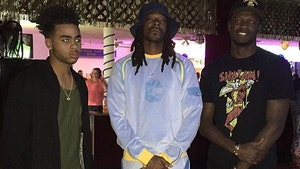