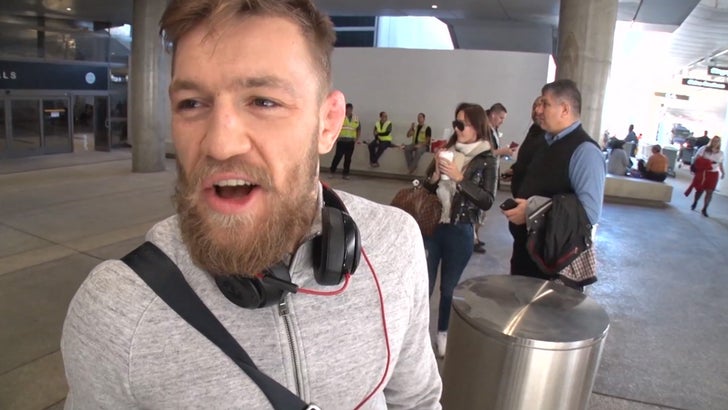 Donald Trump has been warned -- pop off again about Ronda Rousey, and you just might have to deal with UFC champ Conor McGregor!

The featherweight title holder was at LAX Monday, talking about a Ronda comeback -- whether she can get her title back from Holly Holm when they inevitably square off in a rematch.

Conor has some good advice for Rousey, but he really got his ire up when the camera guy asked about Trump taking potshots at Ronda. After the loss, the candidate said she's "not a nice person."

Well, Conor's got a very strong opinion about Trump and his mouth. 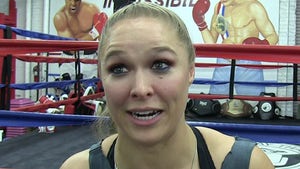 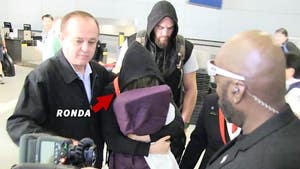