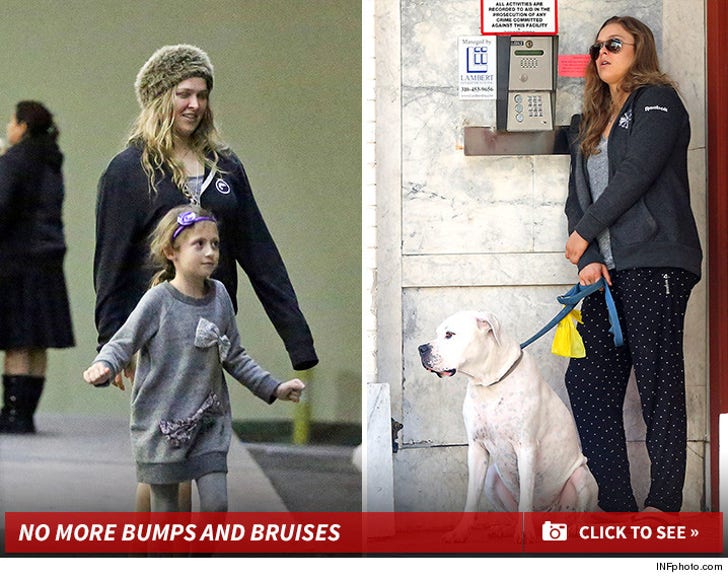 Ronda Rousey is back, and appears fully-healed from the beating she took at the hands of Holly Holm.

Rousey went walking with a little girl on Thanksgiving day ... and she didn't look the worse for wear. She went out again Friday in L.A. with her pit bull and BF Travis Browne.

It's been two weeks since her fight with Holm, where Rousey suffered some serious mug damage.

The aftermath was apparently pretty brutal ... when she arrived back in the states from the fight, she was in full cover-up mode. 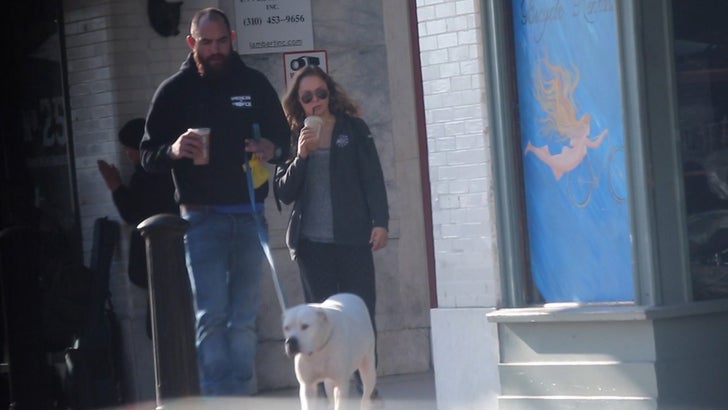 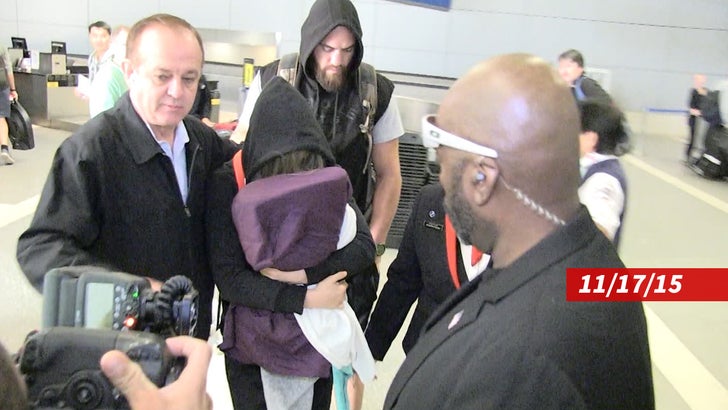