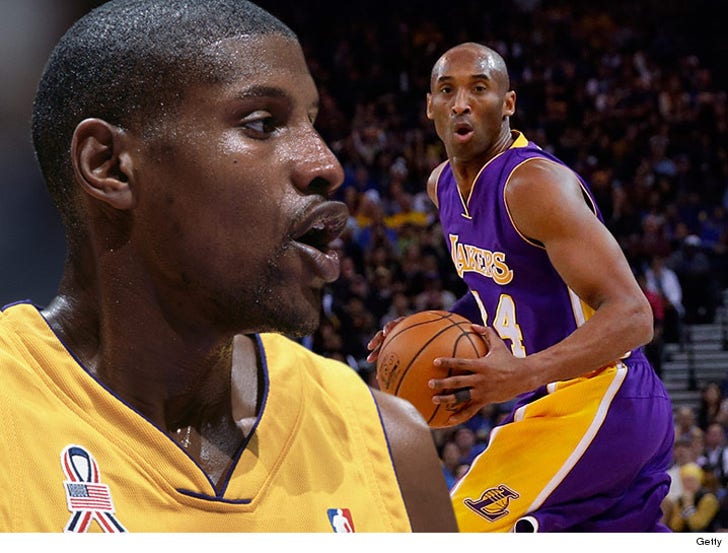 Kobe Bryant sucker punched a former teammate in the face -- over $100 -- back in 2002 ... and it almost caused a nuclear war between the players ... this according to the punchee, Samaki Walker.

Walker -- who played on the Lakers from 2001 to 2003 -- appeared on Brown and Scoop on CBS Radio's Play.It and detailed the entire incident ... saying Bryant struck him on the team bus in an effort to collect a gambling debt.

Walker says Kobe had won a half-court shot game the team often played -- where everyone throws a $100 in the pot -- and the person who hits the shot collects.

Walker told Brandon "Scoop B" Robinson and Jake Brown that Kobe confronted him on the team bus and hit him up for the cash ... and when Walker told him he'd pay him later, Kobe unleashed the fist.

“It was a sucker punch. Right to the face," Walker said ... "Out of nowhere. I’m sitting down on the bus and I said this man is crazy."

Eventually, Walker says Shaq's bodyguard, Jerome, got Kobe to apologize ... but it's clear, he's still pissed about it.

We reached out to Kobe's rep and the Lakers for comment -- so far, no word back. But we'll update as soon as we hear. 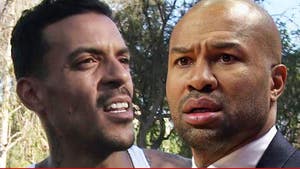