LeSean McCoy has surfaced in public for the first time since the bar fight early Sunday morning -- and it sounds like he's acknowledging he "made a mistake."

McCoy was leaving the Misconduct Tavern in Philadelphia on Wednesday night when a reporter from the Philly Influencer asked if he had a statement to his fans.

It's hard to hear ... but it sounds like McCoy says, "I made a mistake but sooner or later I'll have my say." The reporter on the scene says he believes that is in fact what McCoy said.

It's a big deal -- 'cause if that is what he said, he's basically acknowledging he was a part of the brawl. 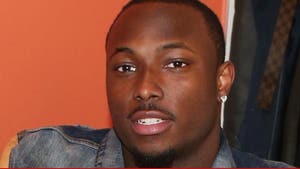