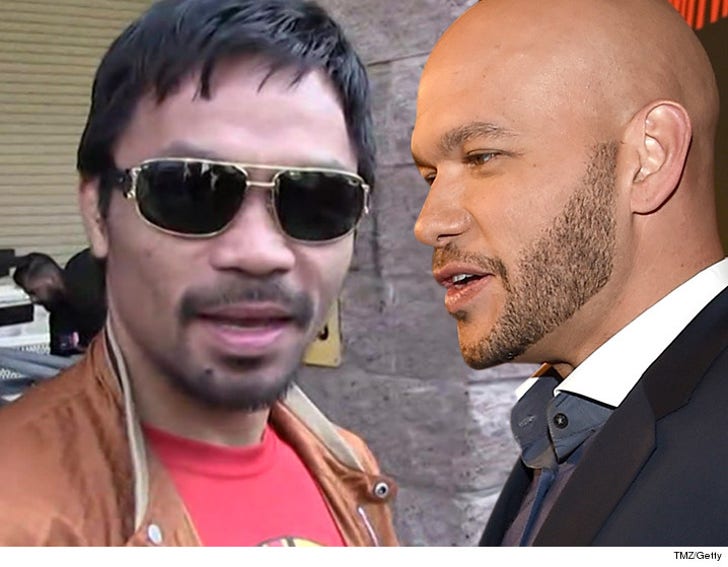 Mayweather-Pacquiao would never have happened if a Hollywood waiter didn't get involved ... so claims the waiter who's suing to get a chunk of the financial windfall from the fight of the century.

Gabriel Salvador says he was a waiter at West Hollywood hot spot Craig's when regular customer and CBS honcho Les Moonves came in for a meal. Salvador, an avid boxing fan, says he told Moonves he could set up a meeting with Manny Pacquiao's trainer, Freddie Roach -- which, he thought, would be the first domino in making the fight happen.

According to docs obtained by TMZ Sports ... Salvador eventually got all 3 men together at Scarpetta in Bev Hills in May 2014. For setting up the sit down, Salvador says he told all parties he wanted a "customary finder's fee" of 2% of gross proceeds earned by Pacquiao, Roach and CBS/Showtime from the fight.

In the suit, he says Moonves and Roach agreed to the terms and Roach even said, "You will never have to work another day as a waiter in your life."

Salvador admits he got a ticket to the fight, one night at a Vegas hotel and a $10,000 check to cover expenses.

After the fight, he says Moonves told him CBS didn't make any money on the fight, and he'd have to collect his fee from Pacquiao and Roach. But Salvador says Keith Davidson, an attorney for Manny and Freddie, tried to strong arm him into accepting $50,000 -- and if he didn't he would lose his job and never land any acting gigs.

Yes, like most waiters in this town ... he's also an aspiring actor.

Salvador, who's still waiting tables, is suing Manny, Freddie, Keith Davidson and CBS for his finder's fee ... which he estimates at $8.6 million.

Sources connected with CBS tell TMZ ... Salvador had nothing to do with setting up the fight and this is him trying to score a payday after the fact.

We reached out to Pacquiao's attorney, Daniel Petrocelli, who told us, "Salvador has no case against Manny. Manny has never heard of the guy." 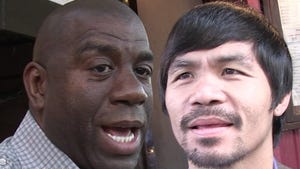