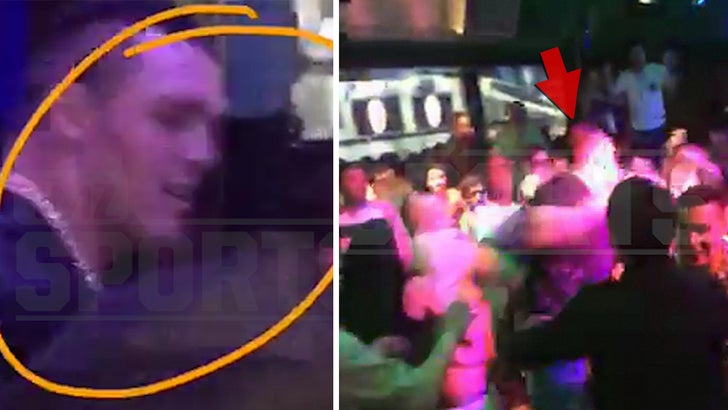 Broncos star Derek Wolfe tried to knockout someone during a Denver nightclub brawl, and TMZ Sports has insane footage of him uncorking the punch.

The video shows Wolfe in a black shirt with a chain around his neck, and at 6'5", 285 pounds he dwarfed everyone around him inside VIE Nightclub on Saturday night.

Wolfe's massive body is shielding the action when the fight starts, but witnesses say a guy was talking trash to Wolfe and his friends. When the pushing and shoving starts some much smaller people feebly try holding back Derek.

Remember, this is the guy who told Tom Brady he was going to "eat his kids."

Wolfe definitely swung HARD into the scrum, but it's unclear if he connected with anyone. Witnesses tell us Derek got hit in the face with a glass bottle, and left the club bloodied. Police were not called to the club.

We reached out to Wolfe's reps ... so far no word back.

Derek was in a much better mood earlier in the night when he mugged with the chefs at a nearby restaurant. 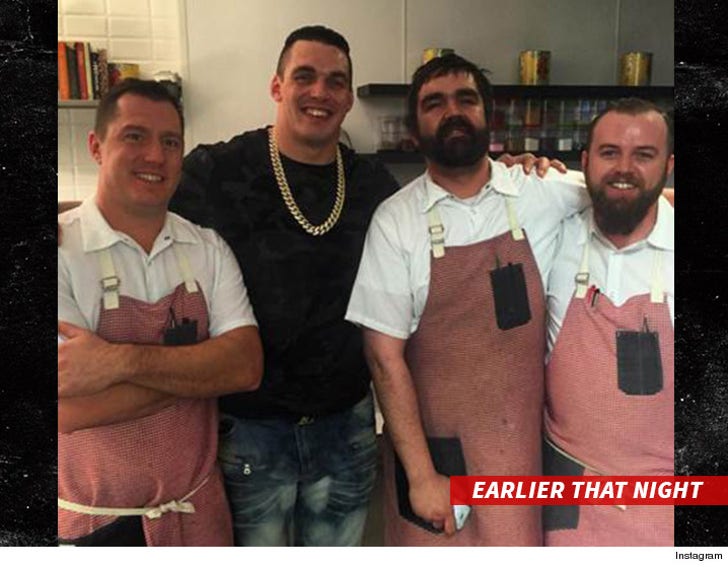