Nate Diaz got an official award from the People of California Tuesday night ... recognizing his bad assness for his "upset" victory over Conor McGregor back in March.

Assemblyman Jim Cooper signed a resolution ... declaring "the exploits of Nathan Diaz, a successful American mixed martial artist from Stockton, have been a source of great joy and pride to the people of the State of California."

The award also describes Nate's victory over Conor as "one of the biggest upsets in UFC history."

Diaz is also hailed for his work with children, teens and adults at the jiu-jitsu center he runs in Lodi, CA -- saying he instills the values of respect, sportsmanship and responsibility to his students.

So, the question ... if he fights McGregor again -- and wins again -- does he get another award? 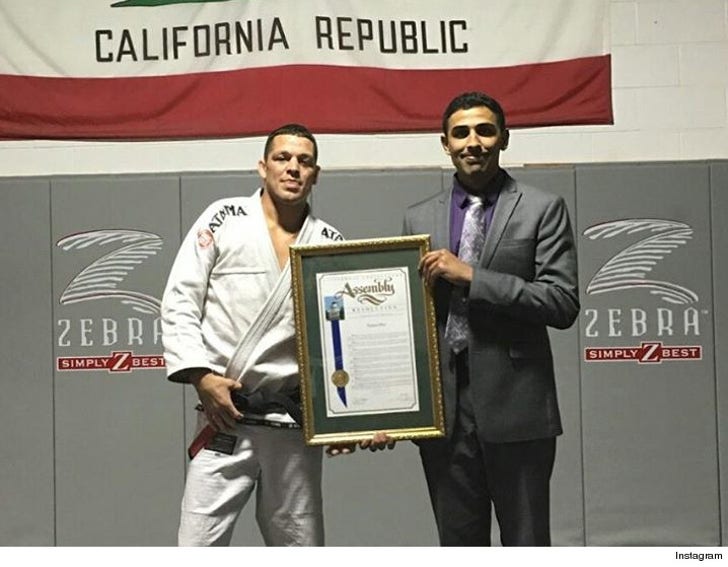 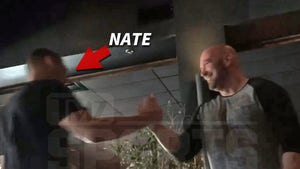