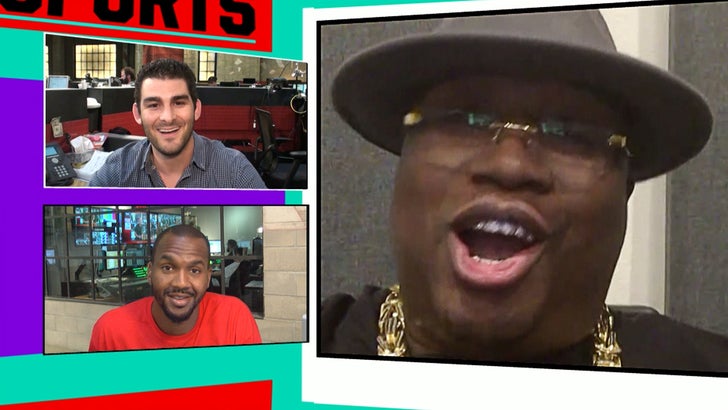 It's a hip-hop match made in Warriors heaven ... E-40 tells TMZ Sports he's ALL ABOUT teaming up with fellow Golden State superfan MC Hammer for a new hip-hop track -- and hopes to release it in the next year.

The legendary rapper joined the guys on the "TMZ Sports" TV Show (airs tonight on FS1) to talk about Golden State's Game 1 thrashing ... when he told us about his long-standing friendship with Hammer.

So, when we asked if there would be a collab anytime soon, E-40 was ALL ABOUT IT -- saying, "The chances are for real for real ... we gotta put that in motion."

Check out the clip ... and get ready to dust off the baggy pants. 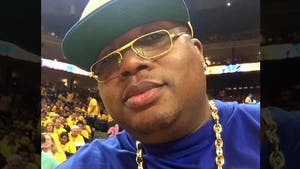 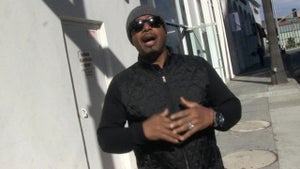 MC Hammer -- Ready to Party with Warriors Again ... When We Repeat! (VIDEO)