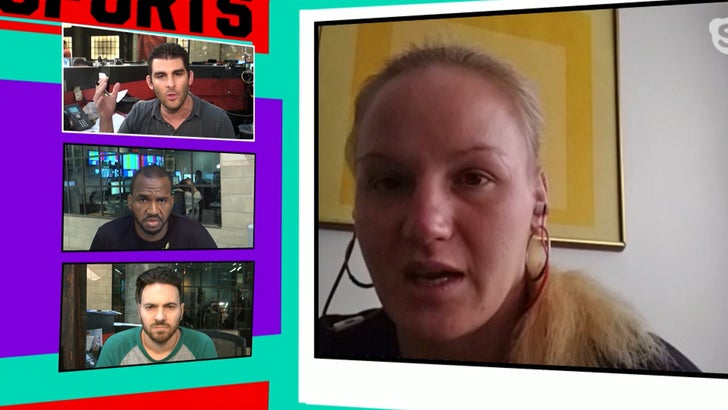 That's how UFC fighter Valentina Shevchenko feels about her trainer's decision to pull his gun and fire at gun-toting thieves last month during an armed robbery in Peru.

Shevchenko joined the guys on the "TMZ Sports" TV show and broke her silence about what was going through her mind when 3 armed men stormed the restaurant where she was having dinner. 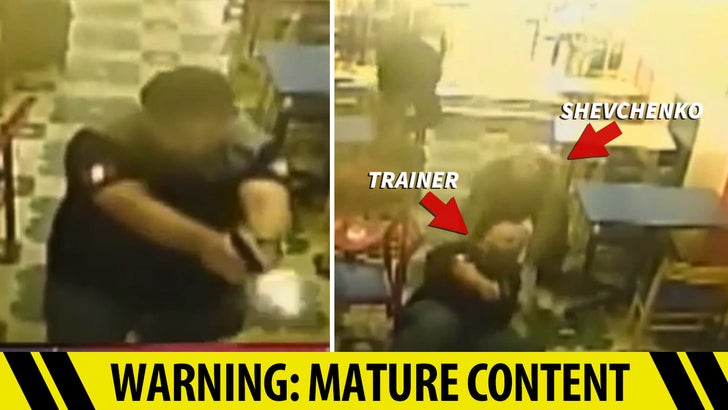 As we previously reported, her trainer, Pavel Fedotov, pulled his gun and fired at the robbers, killing 1 -- but was shot in the stomach during the exchange.

Shevchenko says Pavel is still hospitalized-- but hopes he'll be able to travel to Chicago to see her fight Holly Holm at UFC on FOX 20 on July 23. 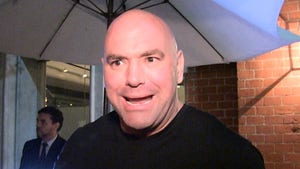 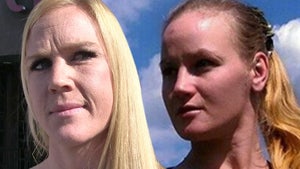