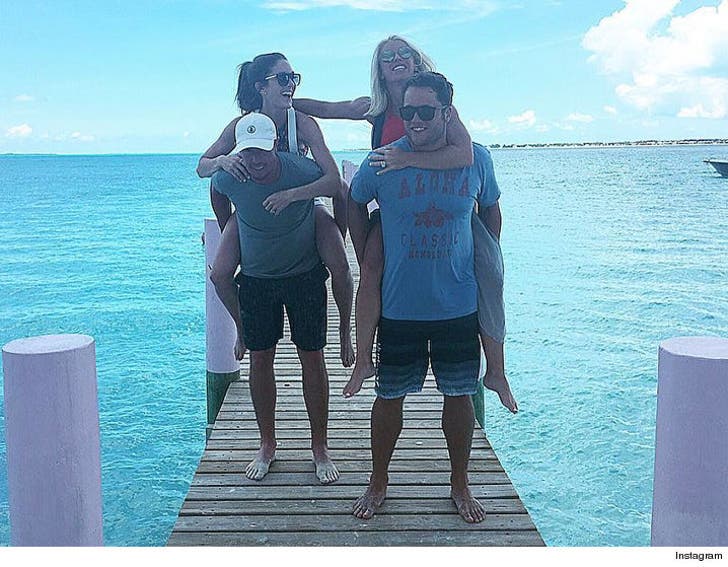 They're rivals on the field ... but Matt Stafford and Matt Ryan are on the same team when it comes to vacationing!

The Detroit Lions QB and the ATL Falcons QB just wrapped up a couples vacation with their smokin' hot wives in the Bahamas.

In fact, Matt Ryan's wife, Sarah, posted a pic of the 4-some with the caption, "Boats, hoes and bros."

Stafford's wife, Kelly, wrote, "Another epic trip in the books with our fav people. #doublebirds #imthekingoftheworld."

The couples are pretty tight -- and have even played in the same church basketball league together in Atlanta.

FYI, Matt's Falcons have played Matt's Lions 3 times in their careers -- with Ryan winning 2 of the 3 meetings. 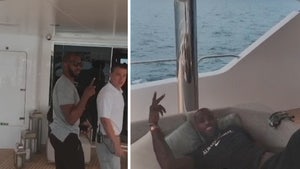 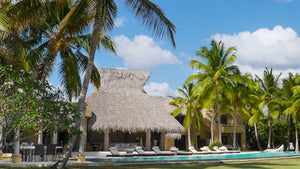 French Montana & Drake -- We Made the Butler Do It ... Ballin' in Paradise (PHOTO GALLERY)