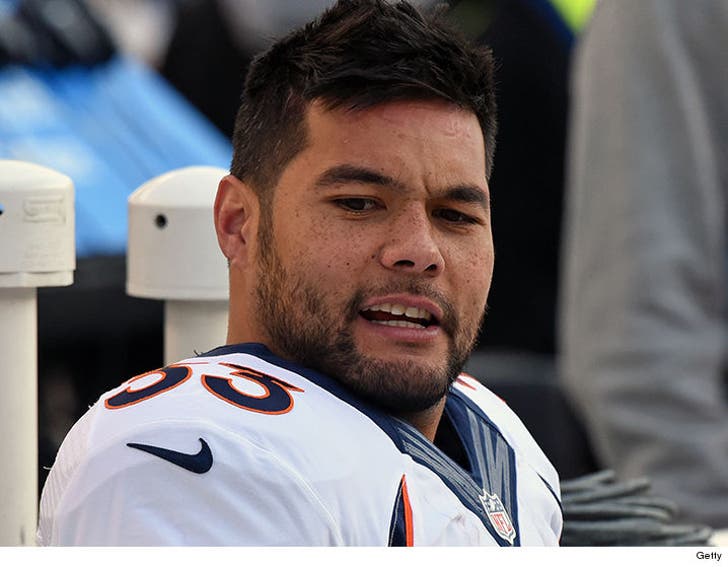 Denver Broncos safety Shiloh Keo just pled guilty to a misdemeanor DUI charge stemming from his arrest back in February ... but he won't spend any time behind bars.

Keo -- who recovered the Patriots' onside kick during the AFC championship game and helped send the Broncos to the Super Bowl -- was popped for DUI on February 13th in Ada County, Idaho.

Today, he pled guilty to one count of misdemeanor DUI -- and, in exchange for his plea, the 28-year-old got 1 year probation and a suspended license. He also has to speak at 8 high schools and pay a $952.50 fine.

If he completes all the terms, the case will be expunged from his record.