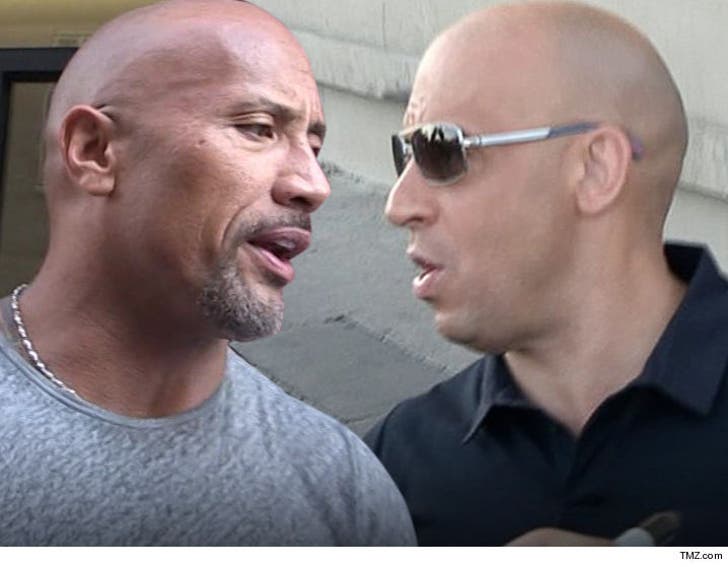 The Rock's rant about unprofessional male co-stars was targeted at Vin Diesel, TMZ has learned, and the 2 had a secret meeting on the "Fast 8" set Tuesday to hash things out.

Production sources tell TMZ ... when the Rock went nuts on social media Monday night, claiming certain male co-stars were not stand up guys and too "chicken s***" to confront him ... he was referring to Vin.

We're told The Rock has butted heads with Vin during the production, in part because V.D. is a producer and has made decisions that didn't sit well with the former wrestling champ.

Our sources say The Rock and Vin had a meeting on the Atlanta set mid-day Tuesday ... partly because tensions were running so high it was almost impossible to shoot scenes. We do not know if they resolved their issues.

As we reported, almost the entire cast is angry at Rock for causing a stir just a week and a half before filming ends. 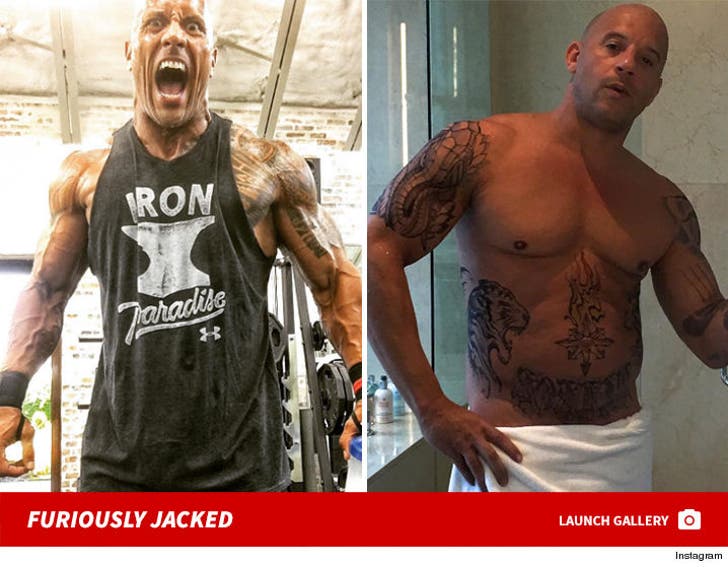 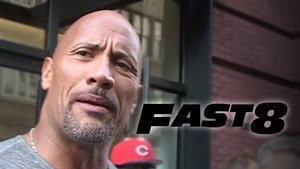 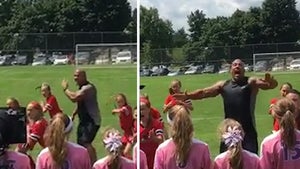