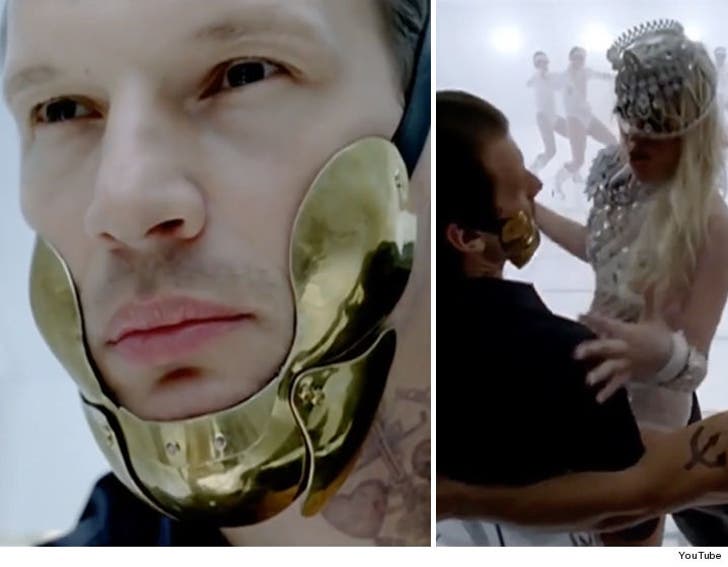 The guy who let Lady Gaga stroke his golden chin was bad at romance, but apparently worse at driving ... he got busted twice for DUI in less than 2 months.

Burbank cops tell TMZ Yuri Bradac -- who starred in Gaga's "Bad Romance" video -- was arrested for DUI last week after crashing into a wall at a Chevron station.

Bradac was also popped for drunk driving last month. He pled no contest and he's on probation, which makes the most recent DUI all the more serious, because it comes with mandatory jail time.

As if that's not bad enough ... Bradac refused to take a sobriety test after being arrested last week, which means his license will be automatically suspended for a year.

Bradac has had a lot of success in music videos over the years ... he's appeared with J Lo, Enrique Iglesias and Timbaland.

We've reached out to Yuri ... he had no comment.