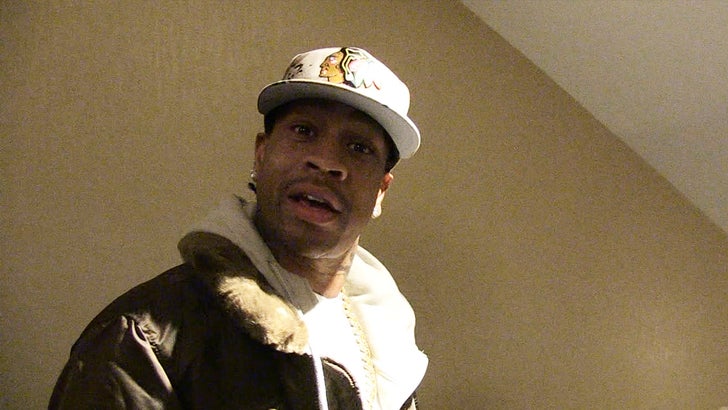 Michael Jordan is too old to compete in Ice Cube's new 3-on-3 league for retired NBA players ... so says Allen Iverson, who tells TMZ Sports MJ's teeth are a little too long to still get it in on the court.

We got Iverson out in NYC at the official news conference for the BIG3 summer league (AI's gonna be playing and coaching) and wanted to know if we could look forward to Michael Jordan showing up.

Why ask Iverson? Allen made his NBA bones against MJ back in '97 crossing over His Airness in a moment most saw as Iverson's arrival, and the beginning of Jordan's departure.

Iverson says Jordan won't get his shot at revenge ... because at 53 he thinks Father Time is playing lockdown defense on MJ.

Thank you, Iverson ... if Michael wasn't thinking about playing before ... we GUARANTEE he is now. 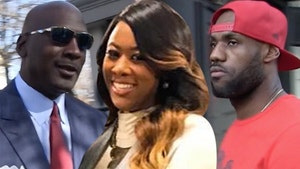 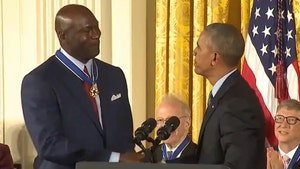