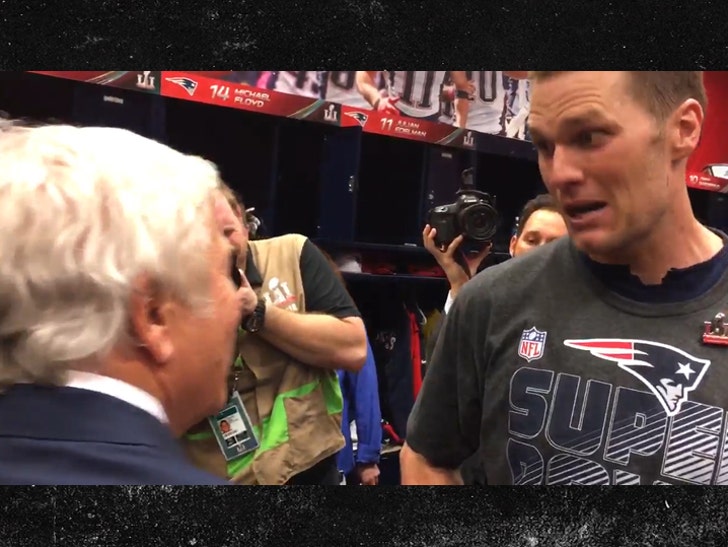 After stealing the Super Bowl from the Falcons, Tom Brady told Pats owner Bob Kraft HE was hit by a thief -- accusing someone of STRAIGHT JACKING his game jersey!!

Kraft was in the locker room handing out victory cigars to the players, when Brady voiced his issue to the boss.

Tom Leyden of FOX25 reported a Patriots equipment manager took the jersey and put it in a safe place for Tom -- it wasn't stolen!

But a new twist ... Tom just spoke at a news conference and said the jersey is STILL missing!

He also said he's concerned the jersey will end up on eBay. 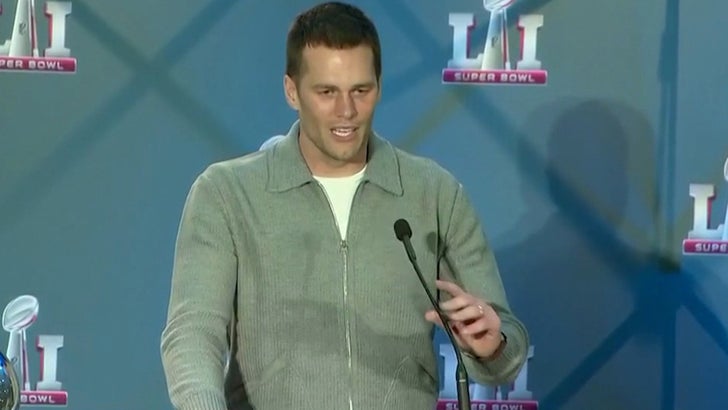 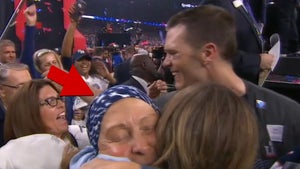 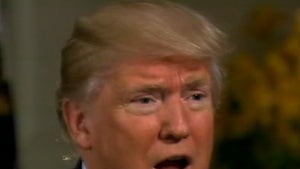