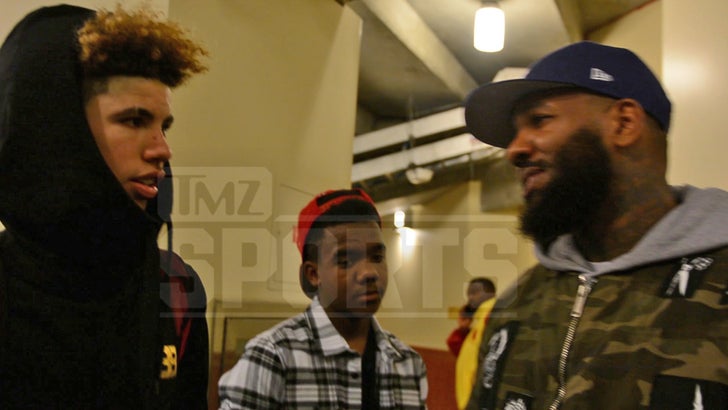 LaMelo Ball got over his high school team's season-ending playoff loss Friday with a pep talk from a HUGE rap star -- The Game ... and TMZ Sports has the video.

Ball's Chino Hills squad lost to Bol Bol and Mater Dei H.S. in an overtime thriller ... and Game waited outside the locker room to give some words of encouragement to the 15-year-old phenom.

Game even quotes some Tupac for LaMelo ... "All eyes is on you!"

Game also reminds LaMelo he's only a sophomore and says in 2 years, he can be THE best high school basketball player in the country.

One more thing ... Game's with his own 13-year-old son, Harlem, in the video and even brags about his hoop skills to LaMelo ... it sounds like he's saying the kid dropped 60 points in an AAU game last week. 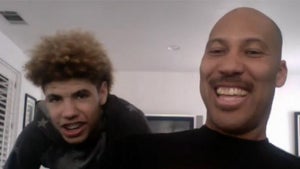