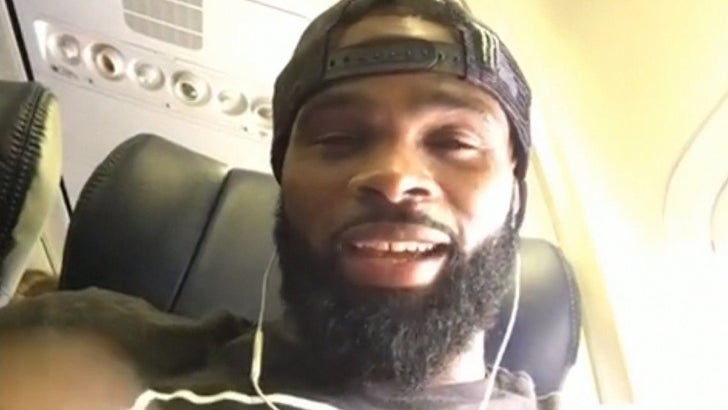 UFC star Tyron Woodley says he beat Stephen "Wonderboy" Thompson so badly during their fight back in November, the dude suffered a concussion ... and he should NOT be fighting at UFC 209.

We spoke to Woodley on his way to Las Vegas for this weekend's fight -- and he told us straight-up, "[Wonderboy] should have had a 90 day suspension. It was was a tough fight. He had a concussion during that fight."

Woodley added, "Any other fighter who has a concussion, you are automatically awarded a 90 day suspension."

FYI, Thompson was never officially diagnosed with a concussion by a doctor and Dana White tells us Woodley's comments are off base.

"I'm gonna go ahead and take the advice of the best doctors in the country over Dr. Tyron Woodley," White tells TMZ Sports.

In an unrelated note, Woodley says his kids are following in his insanely athletic footsteps ... including his 2-year-old girl.

Could she be the next Ronda Rousey? Hell no ... Woodley hopes she's the next Amanda Nunes!!! 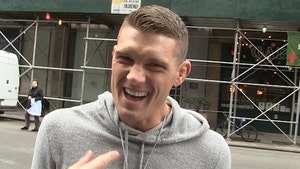 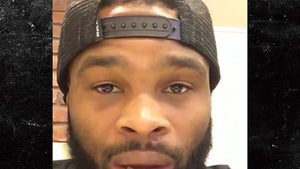