Taylor Swift is out of hiding, and all it took to draw her out in public was a trip to see her mom.

Taylor hopped a PJ to Nashville this weekend for Mother's Day. She arrived on Saturday, and stayed through Sunday. Looks like it was a pretty casual family weekend ... based on her wardrobe.

It's the first time we've seen T-Swift out since she performed at a Super Bowl weekend concert. It's unclear why she's been underground for 3 months.

She caught a lot of flak for her feud with Kanye & Kim last year -- and might be letting that die down. Fans hope she's just off working on a new album.

Whatever the reason ... good to see her back and smiling. 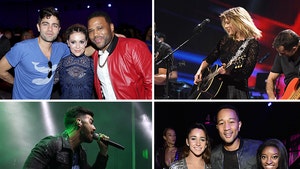 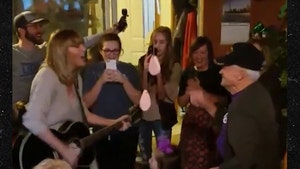 Taylor Swift Surprises WWII Vet with 'Shake it Off' (VIDEO)