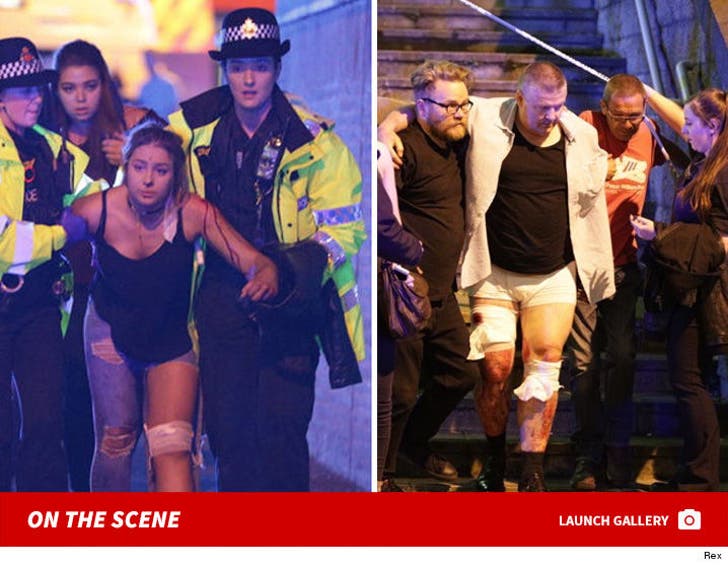 5:45 PM PT -- The suspected 2nd device turned out to be abandoned clothing. Police blew it up, anyway ... just to be safe.

5:35 PM PT -- Police found what they believed to be a second explosive device and are about to detonate it. They've warned people not to be alarmed by the explosion.

The explosion after the Ariana Grande concert Monday night is now being treated as a terroristic act and at least 19 people are confirmed dead.

As we reported an explosion tore apart a portion of the rotunda outside the seating area at the Manchester Arena. There are reports the explosive device was a nail bomb in a backpack and it might have been a suicide mission.

It appears the bomber was waiting around the exit area as people were streaming out of the building.

Police say, in addition to the 19 dead, 50 people were injured. Body parts were apparently strewn throughout the blast site.

Ariana had just finished performing and had left the stage. She was not hurt.

The explosion triggered a stampede in the arena, injuring a number of people.