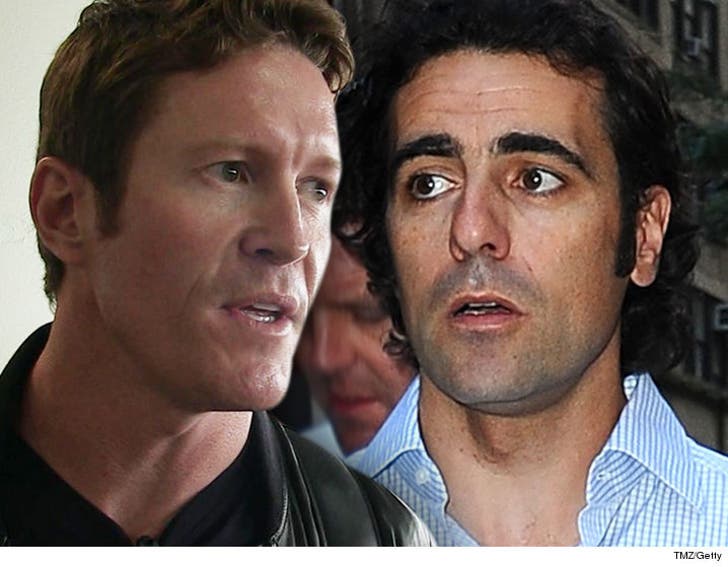 IndyCar drivers Scott Dixon and Dario Franchitti were robbed at gunpoint at an Indianapolis Taco Bell Sunday night, and two teenagers are under arrest ... according to Indy police.

Franchitti and Dixon were at the restaurant's drive-thru -- only a few blocks from the Indianapolis Motor Speedway -- around 9:45 PM last night when cops say 2 teenage boys robbed the group.

Cops say they they tracked down the juvenile suspects about a half hour later. One of them tried to flee and had to be taken down by a canine.

Police say both suspects were arrested and told cops where they could find the stolen property.

FYI -- Dixon, in town for the Indy 500 ... earned the pole with one of the fastest qualifying times ever just hours before the robbery. Franchitti, a 3x Indy winner, retired in '13 after a serious injury in a wreck.