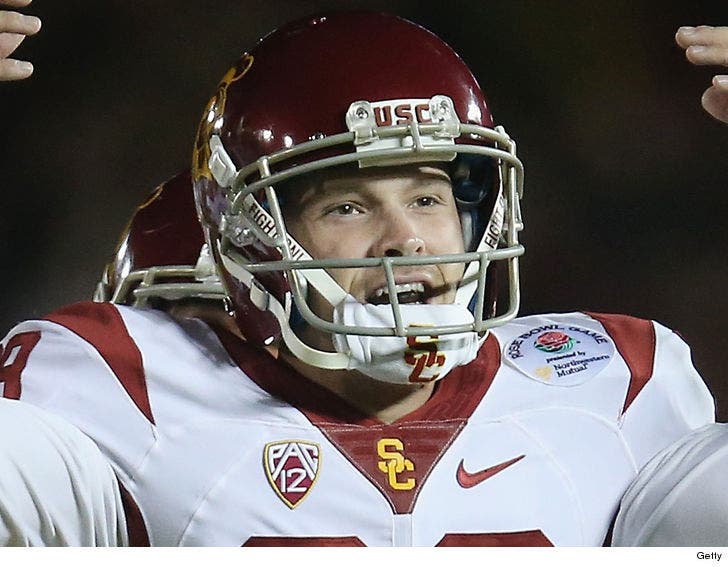 The USC football player who kicked the winning field goal in the '17 Rose Bowl against Penn. State has WRONGLY been painted as a domestic abuser ... so says his girlfriend.

Matt Boermeester was suspended from the University of Southern California earlier this year while school officials investigated him for an alleged "code of conduct issue."

Sources close to the senior tell us the issue was a Jan. 25 incident involving his girlfriend -- a USC student athlete -- where things allegedly turned physical between the two.

Now, his girlfriend has issued a forceful statement not only DEFENDING Matt -- but slamming USC for punishing him for a crime he didn't commit.

"I am Zoe Katz and I am a 22 year old student athlete at USC (captain of the women’s tennis team), nationally ranked singles player and have been dating Matt Boermeester for well over a year."

"Matt, the Trojan kicker who helped win the Rose Bowl, has been falsely accused of conduct involving me."

Katz says she and Matt were both mistreated by USC in a "horrible and unjust 6 month process" that included multiple interrogations as part of a Title IX investigation.

"Terrible and untrue things have been said about Matt by people who don't even know him, including apparently the third party who contacted Title IX, and these bizarre assertions have been treated as fact in this investigation."

"Words, including mine, have been incompetently or intentionally misrepresented, misquoted and taken out of context, which should not be that surprising since no statements were recorded or verified."

Zoe says she's been wrongly stereotyped as a "battered woman" -- and she's pissed that Matt is being punished in such a way, school officials won't let him rehab his knee with USC trainers after undergoing surgery earlier this year.

She concludes her statement, "Matt Boermeester did nothing improper against me, ever. I would not stand for it. Nor will I stand for watching him be maligned and lied about, and I implore the USC community to stand together to stop this from happening to Matt or anyone else." 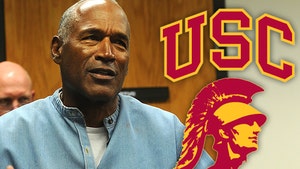 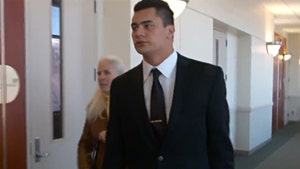