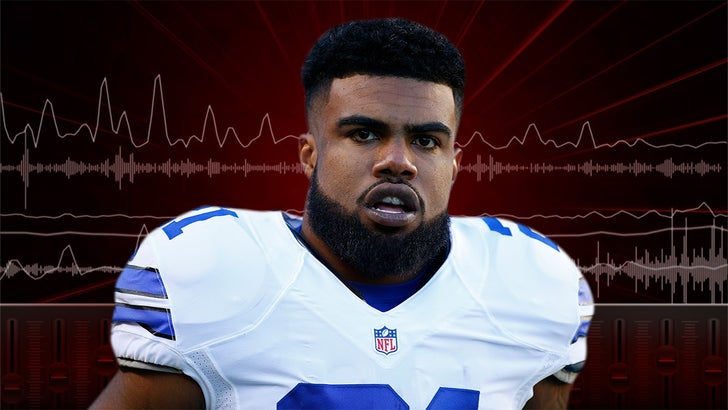 Ezekiel Elliott's accuser told police the NFL running back got extremely violent with her on multiple occasions -- including one instance where he "lost control" and busted the side of her jaw -- but Zeke says she's straight-up lying and he can prove it.

The woman lays it out during a recorded 2016 interview with police in the wake of her domestic violence accusations against the football star.

At the beginning of the interview, the woman is asked if there is a history of abuse or violence -- to which she responds:

"He has lost control and yanked me into the wall, busted the side of my jaw ... my face is swollen and a little bit bruised. And then I did have thumbprint marks on my hand."

The accuser doesn't specify the exact dates of the alleged abuse -- but she notes that she had filed a previous police report against Zeke over an incident in February 2016.

During the 20 minute interview, the accuser, Tiffany Thompson, also gets into detail about the July 16, 2016 incident. 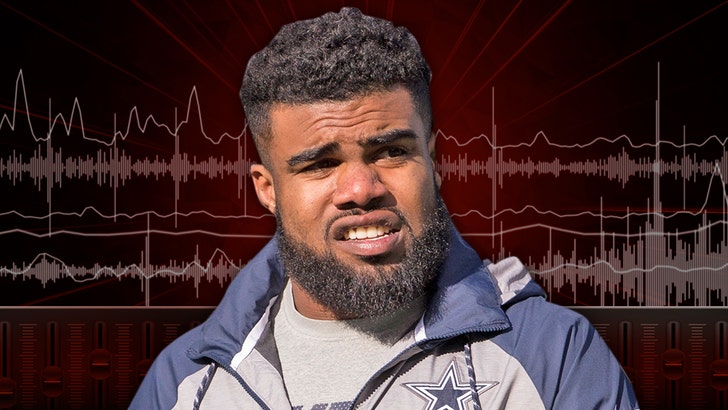 Thompson says Elliott got violent with her when she asked why other women were blowing up his phone early in the morning.

She claims Zeke cussed her out, dragged her out of bed and choked her.

Thompson also claims Zeke clenched his fist to hit her in the face -- but stopped himself when she began to cry. She claims Elliott apologized.

We reached out to Elliott's camp and a rep told us, "All we can say at this time is that Mr. Elliott’s appeal of the NFL’s decision will not only completely refute these false allegations but also shed light on the accuser’s lack of credibility and true motives so much that it will place the NFL's entire findings into question and jeopardize the integrity of the decision."

The reps noted the interview is over a year old and was taken by the Columbus Prosecutor’s office which ultimately did not charge Elliott with a crime.