Curt Schilling is standing by his President -- telling TMZ Sports Donald Trump is NOT a white supremacist and will continue to have his support.

Trump's been taking heat for his comments about the violence in Charlottesville -- with some claiming he was defending neo-Nazis, the KKK and other alt-right groups.

But not Schilling ... the ex-MLB star says he's seen videos of Trump denouncing hate groups like the KKK going back to the early '90s -- and he truly believes Trump is no white supremacist.

"He's been asked to [denounce hate groups] over and over again, and it doesn't matter what he says or how he says it. The left, it's not gonna matter. They're going to use that as a talking point for as long as they ... until the next Russian conspiracy shows up."

Schilling does say he feels for the family of Heather Heyer -- the woman who was killed when she was struck by a car driven by some scumbag in Charlottesville.

"Biggest problem for me right now is that a young lady died this last weekend and 2 officers died over violence that shouldn't have happened."

That said, Schilling says he's sick and tired of what he considers biased news reporters -- including CNN's Jim Acosta, who's been verbally sparring with Trump for months.

"If I have to hear Jim Acosta be an asshole one more time, I'm done." 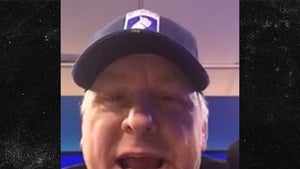 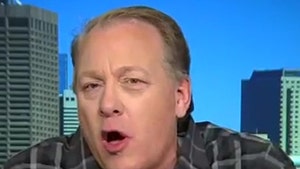