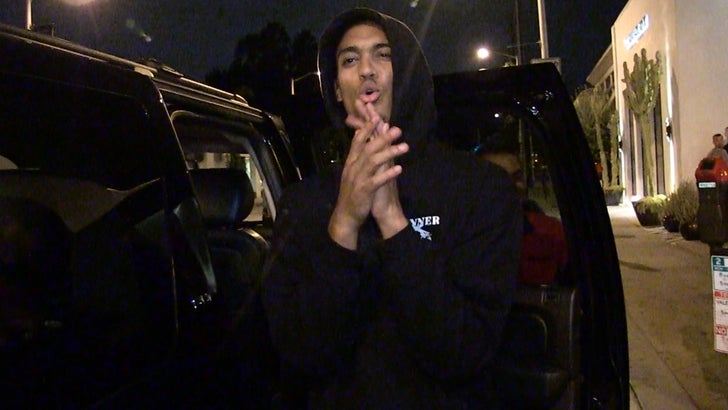 Jordan Clarkson says it's no biggie if LaMelo Ball's ineligible to play college hoops ... 'cause he thinks the $395 signature shoe is gonna make the H.S. prodigy a ton of cash!!

TMZ Sports spoke with the Lakers star about the BBB's "Melo Ball 1" and whether LaVar's decision to release the shoes would hurt Melo's on-court career if he's declared ineligible by the NCAA.

J.C. thinks even if Ball never gets to suit up for UCLA, he's still NBA bound ... and his pockets will be a lot fatter in the process.

"Nah, no disservice. It's about gettin' dat money," Clarkson says. "He gon' get that bread. He can hoop. I love they whole family. That's some real s**t."