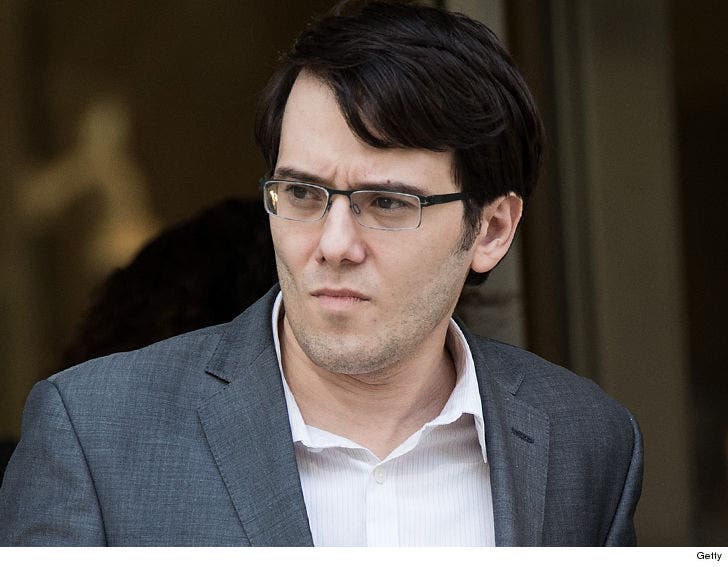 Martin Shkreli is back in federal custody after his bail was revoked due to online threats against Hillary Clinton.

Shkreli was arrested Wednesday in NYC after a judge revoked his $5 million bail in his securities fraud case. As we reported ... Shkreli got into hot water for his FB post offering "$5,000 per hair obtained from Hillary Clinton."

He also said, "The Clinton Foundation is willing to KILL to protect its secrets" ... and that's why he was offering cash for her hair.

Shkreli backtracked from his offer in a letter to the judge, calling it an "awkward attempt at humor."

Too little too late, clearly.

Shkreli had already been found guilty on multiple securities fraud charges, and was awaiting sentencing. Looks like he'll do his waiting behind bars now.