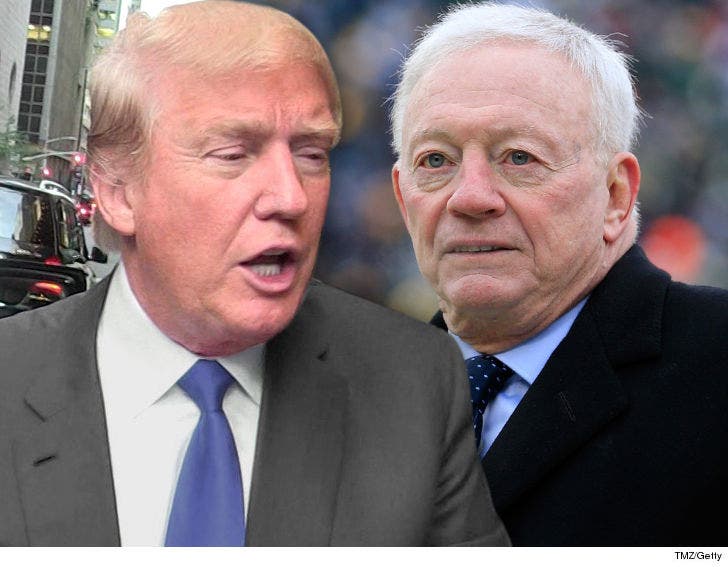 Seems Donald Trump wasn't too bothered by the Dallas Cowboys' pre-national anthem kneel -- 'cause POTUS says he spoke with Jerry Jones and everything is gravy, baby.

"Spoke to Jerry Jones of the Dallas Cowboys yesterday. Jerry is a winner who knows how to get things done. Players will stand for Country!"

Jerry -- who owns the Cowboys -- locked arms with his players and took a knee BEFORE the American flag was unfurled for "The Star-Spangled Banner" on Monday Night Football.

Cowboys head coach Jason Garrett says the team had talked over their plan for days and the players agreed on how they would demonstrate.

Gotta wonder if this new tweet will have an effect on the team moving forward. 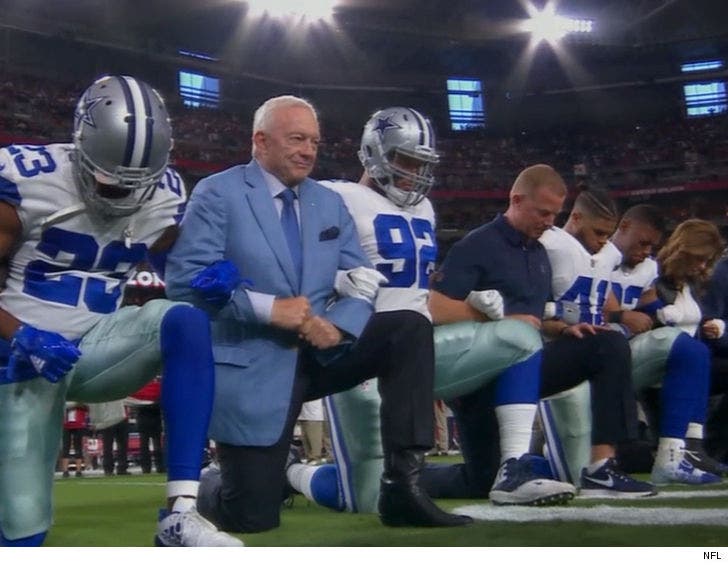 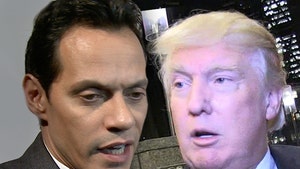