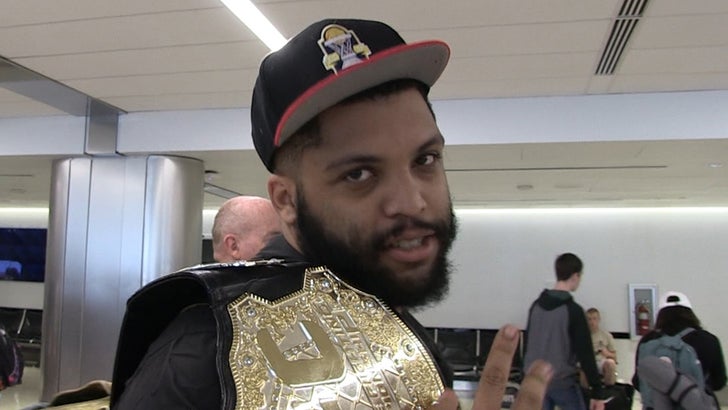 And the new UFC welterweight champion of the world -- O'SHEA JACKSON JR.!!!

Not really ... but Ice Cube's son looked the part at LAX ... struttin' around with what he says is one of Tyron Woodley's UFC title belts!

O'Shea told us he won it in "an ass kickin' contest" at first ... but when our photog didn't buy it, he admitted the real-life champ hooked it up.

The backstory -- Tyron played one of Cube's boys in "Straight Outta Compton" ... which led to him and O'Shea (who played Cube) becoming boys off set.

So when OSJ asked T-Wood if he could swag out with the strap, the champ obliged.

We reached out to Woodley to see if there was more to the story ... but all he would tell us is, "O'Shea is my homie." 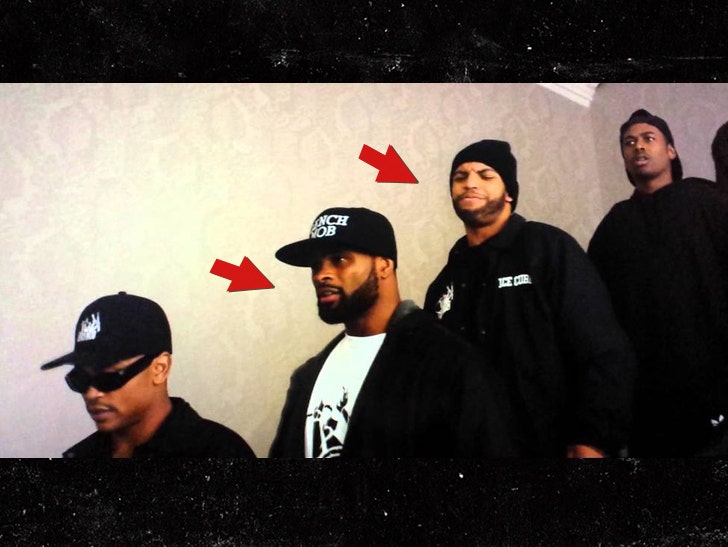 Tyron Woodley: Forget Friendship, Andre Ward and I Should Fight