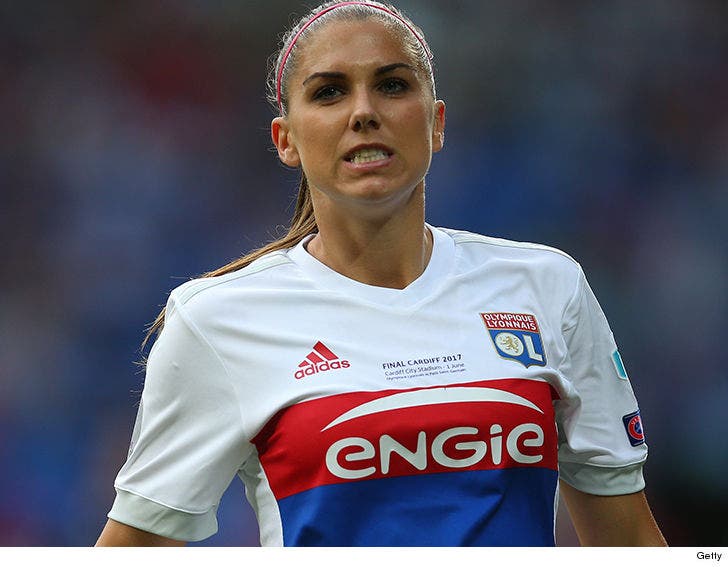 Alex Morgan was "highly impaired" and yelling at Disney staffers in front of guests when she was thrown out of Epcot Center on Sunday ... this according to the incident report obtained by TMZ Sports.

We broke the story, Morgan, along with several MLS soccer players, was booted from the park after an incident at one of the bars on the premises.

Now, it seems Morgan's entire group was HAMMERED -- with Morgan allegedly bragging that she knows the Orlando SWAT team in an effort to pressure officers to let her go.

The report, filed by the Orange County Sheriff's Office, says they were initially called to the U.K. pub around 8:20 PM after MLS player Giles Barnes cut in front of another patron in line and got into a verbal argument.

Giles was escorted out of the pub and told not to come back.

As deputies were escorting Barnes out of the park, officers were called about the other members of the group making a scene.

"As we passed Space Ship Earth, I observed several people were being escorted to the front. They were all being very loud and belligerent towards staff around guests."

The deputy noted that Morgan was especially out of control -- "yelling, screaming and taking video and possibly pictures."

"She appeared to be highly impaired. Deputy Johnson heard Ms. Morgan make a loud verbal statement that she knows the Orlando SWAT team."

Ultimately, 4 people in Morgan's group were kicked out of the park including Morgan and MLS player Donny Toia.