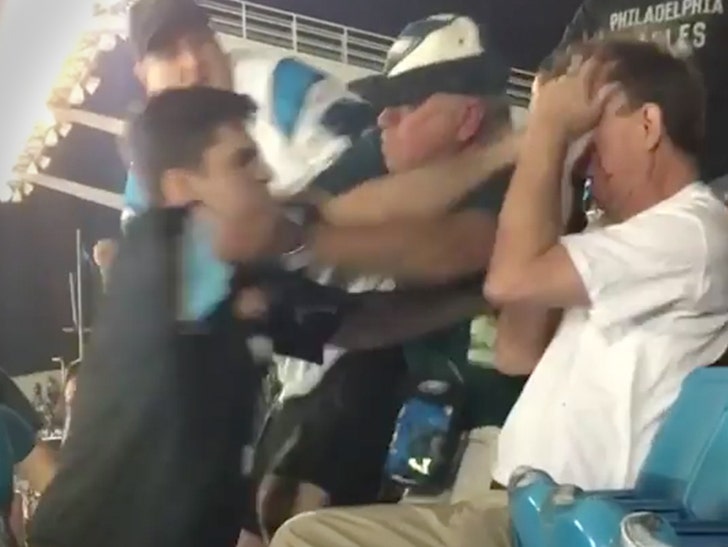 10:25 AM PT -- Panthers executive director of risk management Lance Emory says the team has identified the fan in the video and is currently working with Charlotte-Mecklenburg PD to "pursue charges to the fullest extent of the law."

"The behavior exhibited by the perpetrator is unacceptable and will not be condoned at Bank of America Stadium."

WARNING: THIS VIDEO IS EXTREMELY VIOLENT AND DISTURBING

NFL officials are investigating a brutal incident involving a Carolina Panthers fan blasting another fan in the face during Thursday Night Football.

It all went down toward the end of the game -- the person who shot the footage at Bank of America Stadium says the Panthers fan had been standing for most of the game and the older fan had repeatedly asked him to sit down.

Instead, the Panthers fan berated him with insults -- and ultimately punched the other fan in the face, instantly opening a nasty gash that began to gush blood.

The Panthers fan ran away while witnesses called for security, as seen on the video published on Crossing Broad.

The NFL told Ian Rapoport it's working with the Carolina Panthers security team -- saying, "We take all of these very seriously."

We reached out to the Panthers who told us ... "We are reviewing the incident with the Charlotte Mecklenburg Police Department."

So far, no word from police. We're working on it. 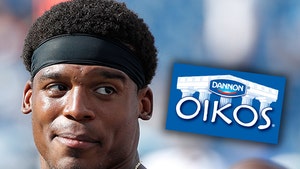 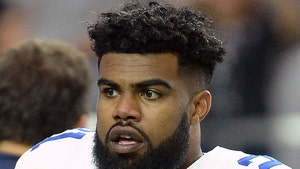 Ezekiel Elliott's 6-Game Suspension Back On ... For Now