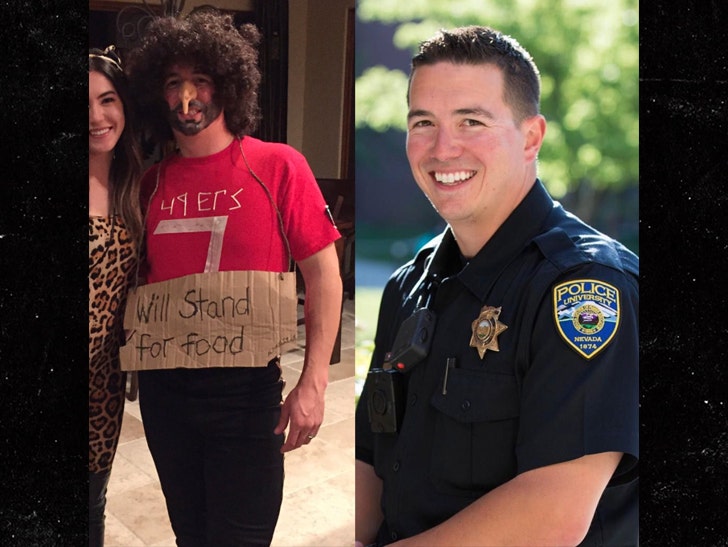 The Chief of the University of Nevada, Reno Police Dept. -- where Colin Kaepernick went to school -- is apologizing for an officer who mocked the QB at a Halloween party.

The officer in hot water is Antonio Gutierrez -- who wore a Kaepernick jersey with a "Will stand for food" sign ... while sporting an afro wig and a fake nose in an effort to make fun of the QB.

But the UNR PD ain't laughing ... Chief Adam Garcia issued a statement condemning Gutierrez saying, "For those who have seen the Halloween costume of one of our officers apparently mocking a citizen who has chosen to take advantage of his constitutional right to protest, I offer my sincere apologies."

"Members of our profession are held to a higher standard and denigrating another -- on or off duty -- is insensitive for its lack of respect and lack of understanding on how others may negatively view their actions and may be impacted."

When asked if the officer was punished, we were told, "We have no policy that would dictate any disciplinary action."