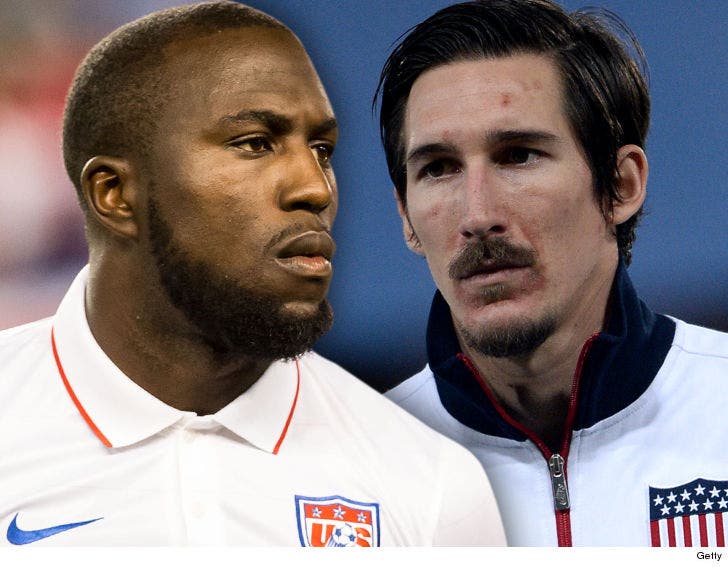 A heated altercation between Jozy Altidore and his ex-USMNT teammate Sacha Kljestan﻿ escalated into a full-blown war during halftime of an MLS game this weekend -- with yelling and cussing and police ... and it was all caught on video.

It all went down at halftime during Sunday's match between Jozy's Toronto FC and Sacha's NY Red Bulls, where things were already chippy in the 1st half.

Jozy claims Sacha tried to "pull up on me while my back was turned" -- and TFC coach Greg Vanney says he was "ambushed" by 5 or 6 New York Red Bulls players in total.

Sacha's got a different take -- claiming Jozy's the one who started the fight by shoving him into a wall.

Either way, the video is crazy -- you can see players like Michael Bradley trying to keep the peace as cops and stadium security rush in to maintain order.

Both Jozy and Sacha were ejected from the game. The Red Bulls ultimately won the game 1-0.