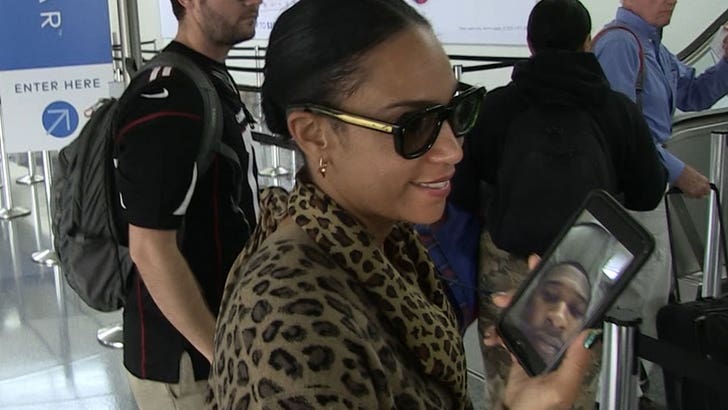 Usher's wife has something to say to all the folks accusing her husband of exposing them to herpes -- and it seems like she said it with the man himself 6 inches from her face.

We got Grace Raymond at LAX, where our photog asked if she had a message for everyone making allegations against her guy. As we've reported ... there's quite a few now.

She definitely had one thought to share, which was ... not exactly what we were expecting.

What's interesting here ... Grace appears to be on the phone with Usher himself. Unclear if he caught the question -- but if he did ... this couple sure gets on the same page quick. 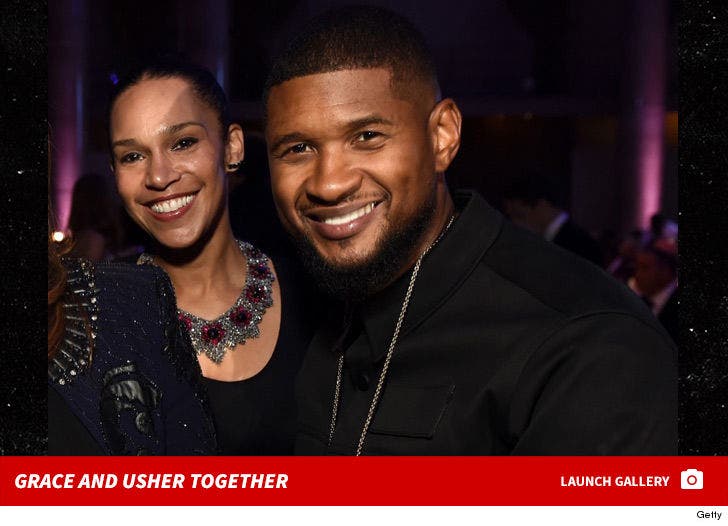 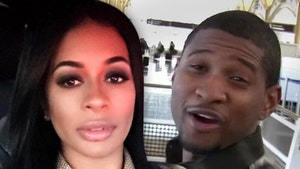