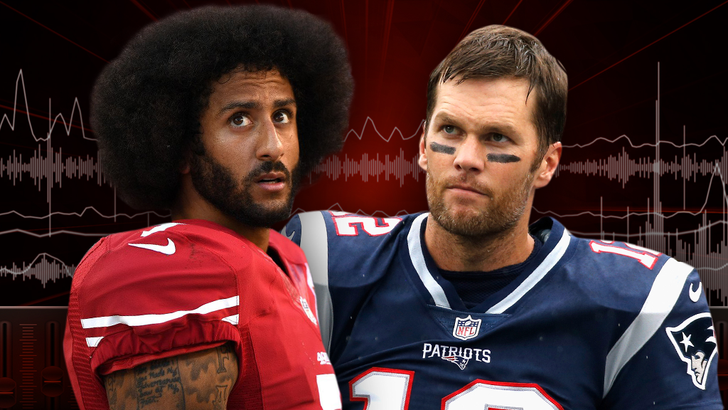 Tom Brady says Colin Kaepernick is a "damn good quarterback" who's proven he can play at a high level -- but the Pats superstar says he "has no idea" if Kaep's actually being blackballed.

Brady appeared on WEEI's "Kirk and Callahan" Monday morning where he was asked straight-up if NFGL owners are colluding to keep Kaepernick out of the NFL.

Brady took a long pause and then delivered his answer ...

"I think he was a ... I competed against him. I thought he was a damn good quarterback. And he's played at a high level, brought his team to Super Bowls."

As far as their personal relationship goes, Brady says he doesn't really know Colin at all -- and has "never really had a conversation with him." 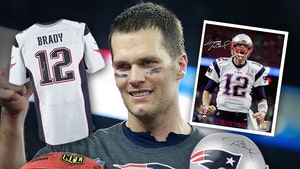