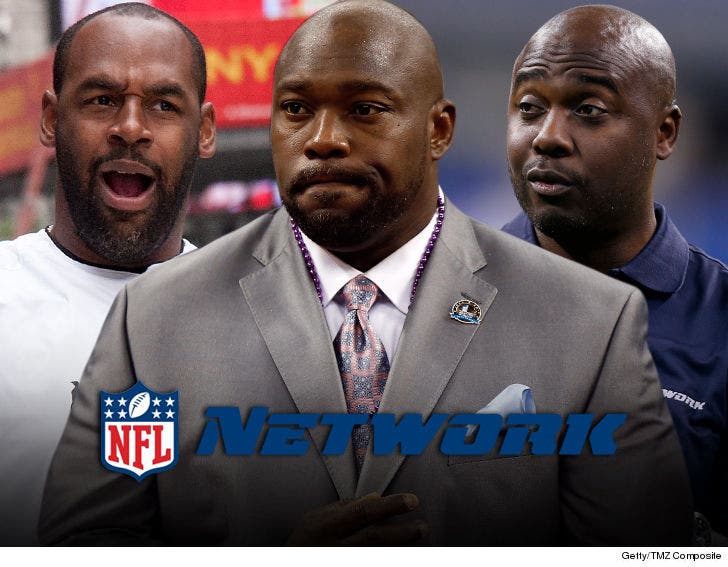 Marshall Faulk -- along with NFL legends like Warren Sapp, Donovan McNabb and others -- are named in a lawsuit by a former NFL Network employee who says she was aggressively sexually harassed by talent and execs.

The accuser is Jami Cantor, who was hired by NFL Network in 2006 as a wardrobe stylist.

During her employment, Cantor says she was "subjected to ongoing and continuing sexual harassment by current and former on-air talent."

Marshall Faulk (current on-air talent) -- asked invasive questions about sex, "such as favorite sex position, whether she liked oral sex, and whether she dated black men."

"As time went on, Mr. Faulk became more aggressive, such as inviting Plaintiff to his hotel room, stroking and pulling out his genitals in front of her, pointing to his crotch and asking Plaintiff, 'when are you gonna get on this already?' He also pinned Plaintiff against a wall, demanding oral sex while he pulled his pants down."

Warren Sapp (former on-air talent) -- came into restroom while plaintiff was preparing clothes and urinated in front of her.

When she screamed at him to get out, Sapp said, "Sorry mama, but your office shouldn't be our sh*tter."

Sapp is also accused of giving the woman sex toys for Christmas 3 years in a row.

Donovan McNabb (former on-air talent) -- sent text messages to plaintiff asking if "she was a squirter" and telling her she "looked like the kind of girl that squirted when getting f*cked."

Eric Weinberger (former Exec Producer of NFL Network) -- sent nude pics and graphic text messages including telling plaintiff she should be "getting f*cked every day."

Cantor claims she complained but "nothing was done." Instead, the 51-year-old says she was fired in 2016 and replaced with a 30-year-old.

NFL Network has suspended Faulk, Taylor and Evans in the wake of the lawsuit. 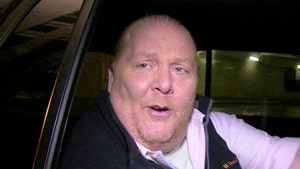