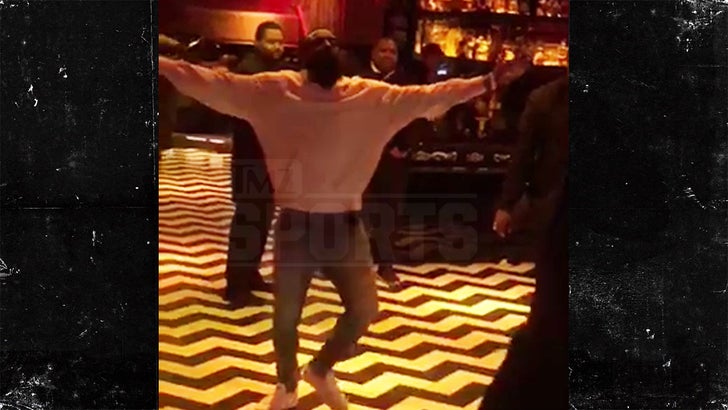 Here's James Harden proving he doesn't need teammates to shine ... getting his solo groove on after hours at one of the hottest clubs in NYC.

It went down at 1 OAK, where we're told Harden was partying with his crew (and some lovely ladies) until the early hours of Wednesday morning.

We're told the spot normally closes up shop at 4 AM, but James asked they stay open an hour later (which they do all the time for celebs) and the resulting groove is captured in this video.